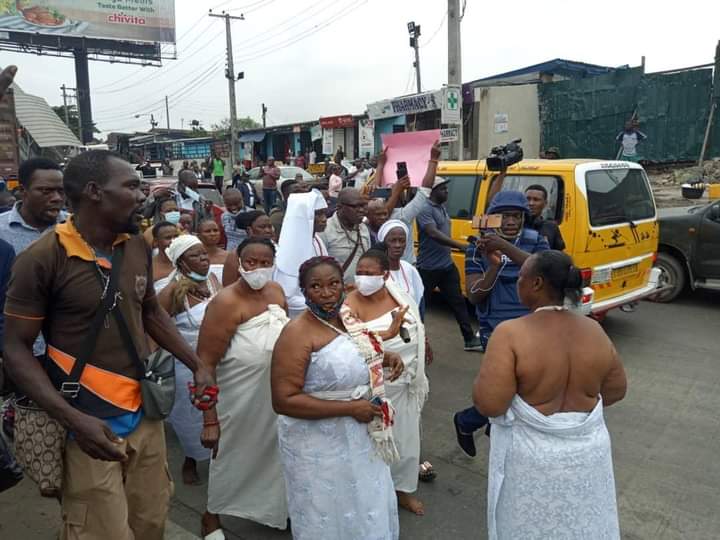 YORUBA NATION IS BEYOND IGBOHO – FEDERAL GOVERNMENT OF NIGERIA SHOULD TAKE NOTE!

Sunday Igboho the centre of attraction on Yoruba Nation was bombarded by the State Actors on July 1st, 2021 and declared wanted just to frustrate the rally of today but yet, Yoruba People still came out in their thousands despite the police intimidation, shooting of tear gas and usage of water cannons and canisters to disperse the crowd!

The most touching aspect of Today’s Yoruba Nation rally in Lagos was the fact that some Yoruba Women in white traditional Osun attire were fully on ground and led the protest.

They were armed with a letter to be submitted to the IGP through the Lagos State Commissioner of Police but instead of accepting the letter, they were tear gased. I do not think this iron fist approach will work in addressing this issue. I will advise the President to immediately commence National dialogue, heal the wounds, grant Amnesty, restructure the country and later us move forward.

Arresting Kanu, invading the house of Igboho and declaring him wanted will not solve the issue because there are thousands of Kanus and Millions of Igbohos in Nigeria. A situation in which Women are taking the agitation rally in Lagos despite the heavy police presence is enough signal that intimidation cannot work to address the current problem.

I am Tolu Babaleye Esq Writing from the Office of the Citizens!