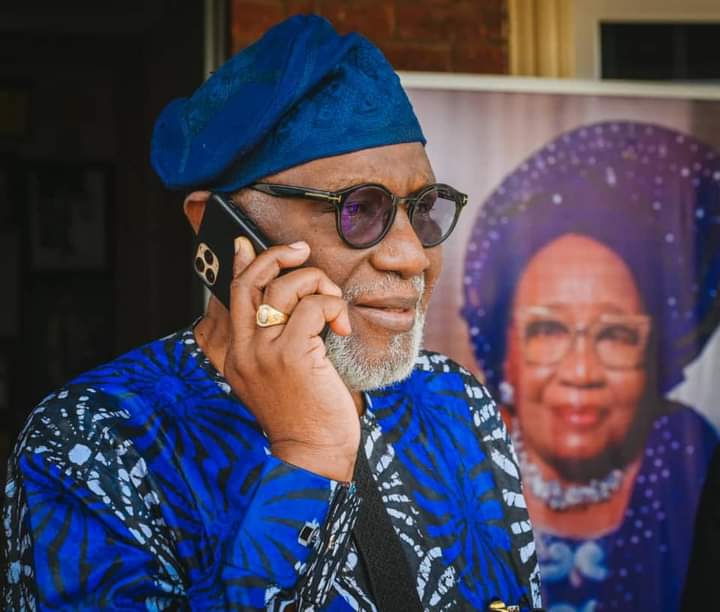 The Executive Chairman of Ose, Prince Dennis Adekunle, (FCPA) and the good people of the local government area have sent heartfelt condolences to the Governor of Ondo state, Arakunrin Oluwarotimi Akeredolu, SAN over the demise of his dear mother, Lady Evangelist Grace Akeredolu, JP.

Mama Akeredolu died in the early hours of Thursday, 15th of September, 2022 at the ripe age of 90.

We are sending this condolences to everyone in the Akeredolu’s dynasty on this great loss because Mama represented the totality of what love was to the entire household.

From the family archive, Mama positively touched many lives during her sojourn on earth hence she will be greatly missed by many.

My Governor sir, we want to assure you that you are not alone in this personal loss as we are equally grieved and feeling the pains however, the only comfort we have is that, Mama lived a fulfilled life as she left behind unequaled legacies of selflessness, humility, service to humanity & God for the future generations to emulate.
May God in His infinite mercies grant her eternal rest. Amen.