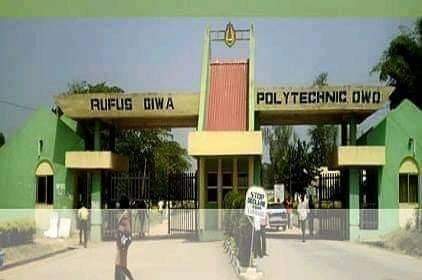 Many lies over capital projects at Ondo Poly —RUGIPO Workers

DISINFORMATION ON THE STATE OF RUGIPO —BY CONCERNED WORKERS

It is crystal pellucid that Rufus Giwa Polytechnic, Owo is the oldest State-owned Tertiary Institution in Ondo State, which has been progressing geometrically since its establishment, especially in academic, cultural and moral milieu.

Also, the economic impact of this Institution to its host community and the entire society cannot be overemphasized.

This is not unconnected with the unremitting efforts and commitment of the past heroes, who detested taking pleasure in window dressing and propaganda, but with facticity and persistent act of selflessness towards the growth and development of the Institution. 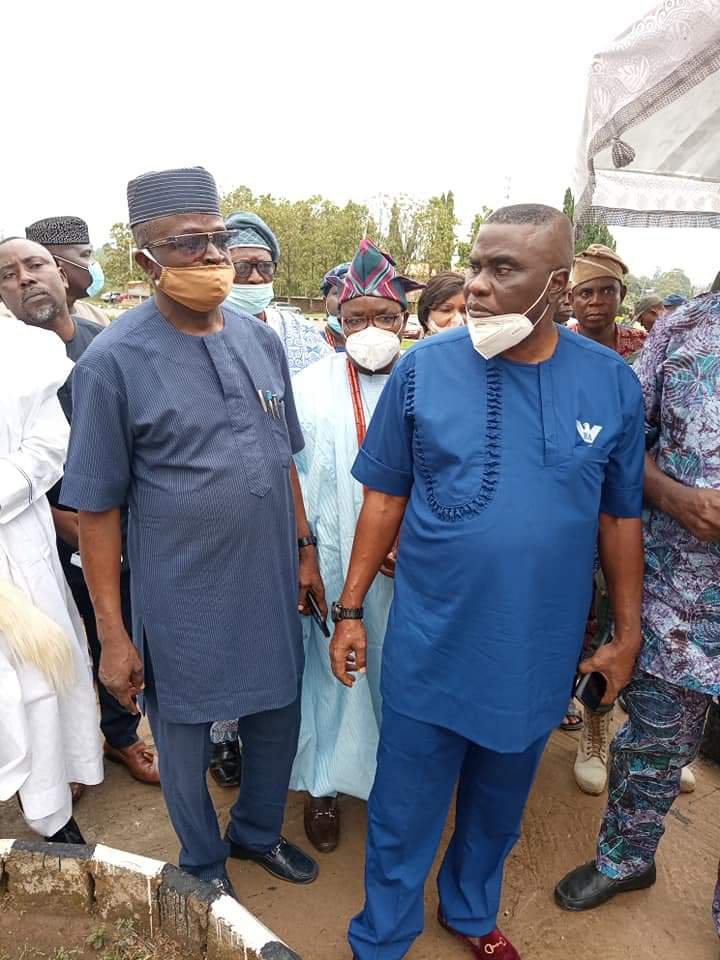 It is safe to say to our heroes past that, posterity is certain to note your harmless nature with appreciation while generations yet unborn will live to remember your good deeds.

It must be averred in no scruple that the current Arakunrin Oluwarotimi Odunayo Akeredolu-led administration of the State does not also relent in retooling this age-long Institution towards becoming a veritable benchmark for other neighbouring Institutions.

This is evidential in its efforts to ensure that the new Administrative Blocks were completed and fit for use.
This kind-hearted Governor licentiously gifted the requisite wherewithal to Management of the Institution for the completion of this laudable projects.

He is a man who possesses compassion in perfection. Pursuant to the above, it is incumbent upon us to give the true state of the Institution as misrepresented by Management, which is potent enough to court controversy, both within and outside the Institution, especially the TETfund team.

Without much ado, the event which took place in the Institution on Wednesday, 24th March, 2021 where Management gave devious and wrongheaded claims to the Traditional Rulers of the State was a far cry dissimilar to the true situation of things on campus.

This was very riddled with worry and deceit. They purportedly claimed to the Obas that most of the projects/infrastructures in the Institution were the handiwork of their team, whereas the greater part of these projects were TETfund sponsored, in order to fecundate the ailing Institution and add substantial impetus to its growth and development.

We utterly abjure and discountenance this act of misrepresentation. Interestingly, Mr Governor is a man who believes in openness, transparency and honesty but does not take relish in deceit and dissimulation.

It is unarguable, however that some State-owned projects, such as, Ondo State Oil Producing Area Development Commission (OSOPADEC) sponsored projects in the Institution have been abandoned for a couple of years ago.

It is not out of place to say that, the students’ village which Mr Governor laid its foundation, has no testimony to its implementation up till now. We must also assert that the Institution did not witness any capital projects since 2020, despite its inclusion in the State budget.

Moreover, education summit planned by the State Government is a veritable tool towards revamping educational standard in the State, in which Polytechnic will play a vital role in order to achieve the expected result, as it is a technical-based Institution, is yet to be implemented.

Laconically, the Institution is excruciatingly suffering from underfunding, considering the magnitude of its financial obligations.

These aforesaid points do not obliterate the fact that Mr Governor is awash with munificence and readiness to discharge his statutory duties, but the leadership of the Institution is obsessed with deceit and avarice.

It is not an impoverished view to say that the current deplorable condition of this Institution is largely symptomatic of the Management and Council’s incompetence.

Sadly enough, they heartily promised, at their emergence, to embark on academic and social deliverables, such as transmuting the Institution to silicon valley, protecting the impeccable welfare of the staff, but these are now patently inverse, as they busy themselves with propaganda and obnoxious policies.

Worse still, they planned to provide the Institution with modern Health Centre that could accommodate large number of patients, considering the students’ population, which necessitated the launching organized by Alumni Association.

Amazingly, the proceeds from the launching is no where to be found, if claimed to be intact. The question is, would they declare the accrued interest on this money?

This act is inevitably fraught with duplicity, cupidity and inhumanity, which is utterly at the expense of the entire workforce and the mass of students’ populace. In synopsis, these are fraudsters.

This is a misfit for the Institution, especially in this our austere period. It is outside the confines of this discourse to charge Management and Council of intellectual ineptitude but to critically unearth their inadequacies enmeshed in their administration, which needs to be recouped.

Sinister policies with all its concomitant adverse effects must be dethroned for the system to grow expectedly.

It is to be noted that, in the course of garnering information on the current economic morass bedeviling the Institution and substantiate same, a number of the Institution’s staff including SSANIP Chairman were quizzed for facts finding, they all expressed their discomfort with the pathetic situation in which the Institution found itself.

Arising from this, we make bold to say that every information given in this disquisition is purely deductive and not unfounded.

In conclusion, we want to emphatically beseech the entire Traditional Rulers of the State, State Government and general public at large to disregard and abase the event that took place in Rufus Giwa Polytechnic, Owo, on the aforesaid date.