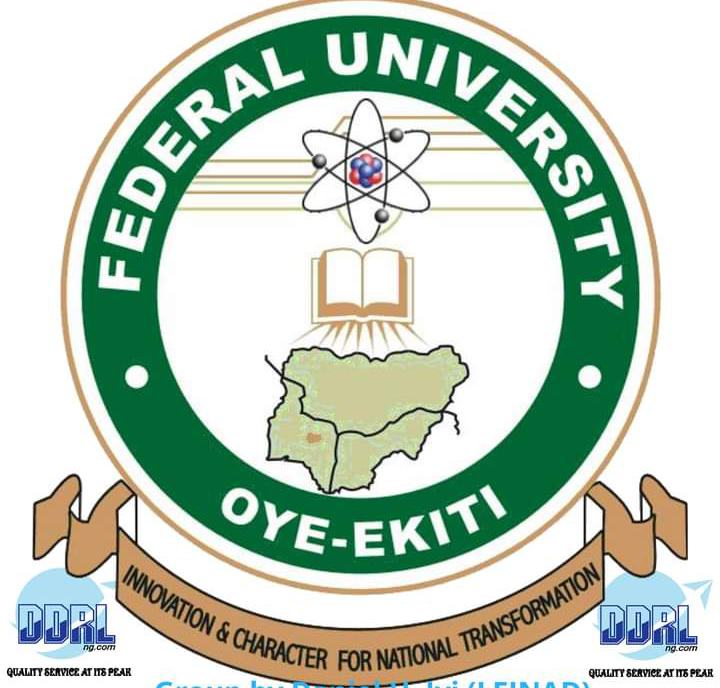 Ekiti State Commissioner for Arts and Culture, Professor Ojo Bakare, has described as barefaced falsehood, a news item contained in the publication of NEWS ALERT, authored by one Akinola Emmanuel on alleged cover-up of unprofessional conduct by some lecturers at the Federal University, Oye-Ekiti (FUOYE).

In the said story by the online publication, it was alleged that the Wife of Professor Bakare, who is the Head of Department of Theater Arts and Media of the University, attempted to cover-up a case of abuse brought against one of the lecturers in the department, Dr Jonathan Mbachaga.

Also in the publication, it was alleged that Professor Bakare had earlier swept under the carpet a similar case allegedly committed by one Agofure, a lecturer in the same department.

Bakare described the allegations as “tissue of lies fabricated by faceless individuals to smear my family’s image, which had taken years of toils and sweat to build.

According to Bakare, “this hatchet jobber gave the impression that my wife who is the current HOD covered up the allegations against the embattled Lecturer.

Justifying his claim, Bakare said, “in the first instance, from the action taken by the University on the case on Tuesday 1st June 2021, it is now clear to everyone, that my wife never covered up any case. It turned out to be that as at the time this lies peddler was writing what his payers asked him to write, the report of the Faculty committee that investigated the case had been sent to the VC.

“As a Head of Department, my wife reported the case to her Dean the very day she knew about it, set up a Departmental committee to get more Information on the allegations and later forwarded the departmental report to the Dean for futher investigation at the Faculty level.

“The Dean also constituted a Faculty committee headed by an Associate Professor of English whose report was sent to the VC.

“On the comments made about me, that matter occurred in 2017. I was Dean of Postgraduate School. I was not Head of Theatre and Media Arts, how then could I have covered up a case that was not on my table? Yes, I heard a rumour about Agofure just like every other person who teaches in the Department heard. But nobody brought any case to me. I was not even in a position for anyone to bring such a case to me because I was not the HOD.

“The HOD then was not even someone whose decisions I could have influenced. I was away superintending the PG School. I would have been an interloper to be dabbling in to a rumour flying about a staff in a Department that has a Head whose job is to handle it. And as I discovered later, that HOD constituted a committee that investigated the case. Akinola Emmanuel’s lies in the NEWS ALERT blog of 1st June, 2021, is therefore wicked, unfounded and libelous.

“Any intelligent fellow reading through his story would have seen how he left the issue he should be pursuing and began to cook up stories about my wife and my status. Anyone who desires to know how low this blogger sank should come to the University and the Department to investigate the character of my wife and I.

“His payers must have been pained that I am serving my State as a political appointee. It is the height of wickedness for any one to seize the advantage of access to the media space and begin to write falsehoods about fellow human beings.

“I have fully briefed my Lawyers on this and asked them to unmask this political hatchet jobber masquerading as a Journalist and commence proceedings against him” Bakare said.