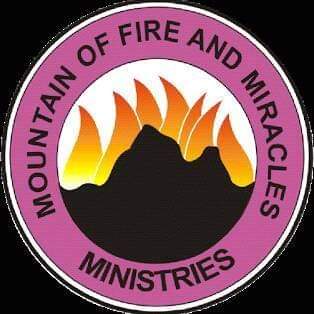 An Ondo State high court sitting in Akure has affirmed the judgement of a magistrate court which ordered the relocation of Mountain of Fire and Ministry, MFM, Branch Olofinade layout Oda road in Akure over noise pollution and non-approval for construction.

The court presided over by Justice David Kolawole gave the church six months to comply with the relocation order.

The church in 2017 was dragged before chief magistrate Charity Adeyanju on a A 7 count charge with three of its leaders, Pastor Akinyemi Akinwunmi, Hammed Ola Aliu and Mrs D Adedipe as the defendants.

Though they had paid monetary fines to avoid custodian punishment, their unsatisfaction with the judgement made them appeal the decision before Justice Kolawole on three grounds alongside three notices.

Counsel to the appealants, Steve Adebowale sought the court’s relief to quash the conviction of the three defendants on the basis that being church members does not confer on them the ownership status of MFM adding that it is the Church’s founder, Daniel Olukoya and other trustees that should be held responsible for any infraction.

He argued that the lower court erred sentencing them without any investigation by the police or linking of them with the charge for which they were convicted.

The state counsel, Olusegun Akeredolu in his arguments however faulted the position of the appealants saying they earlier confirmed to be leaders of the branch at a meeting called by the Environment Ministry in respect of the case and never at any time denied their status.

Akeredolu further contended that the case of noise pollution was proven through circumstantial evidence as no fewer than 100 people always gather for services to make a ‘joyful noise’ close to a neighbor’s property.

In his judgement, justice Kolawole nullified the conviction of the appealants on count two on the basis that the prosecution could not prove that the noise produced by the church was beyond the permissible level.

He however sustained the argument of the prosecution that the appealants and not Olukoya and other Church trustees are to be held responsible for the conduct of a local branch since the actions which warranted the litigation happened in the place in contention under their watch.

Justice Kolawole therefore upheld the lower court’s judgement ordering the relocation of the church for contravening extant laws in the state and emphasized that not only the police but other statutory agencies of Government can initiate investigation and prosecution in respect of the case.

He added that contrary to the claims of the appealants, the relocation order is not an infringement on their freedom of religion but emphasize the need to practice their religion without inconveniencing others.