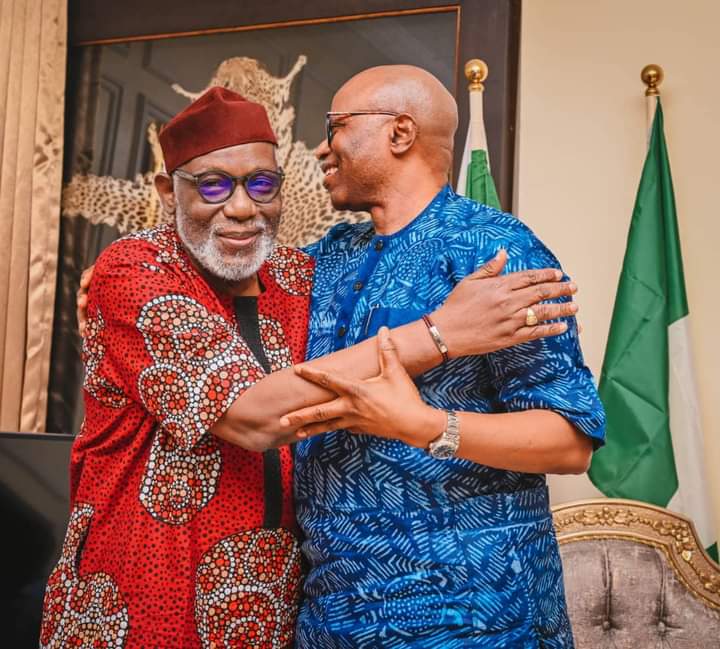 •God Has Taken Her At A Good Time-Gov Akeredolu

Governor Akeredolu, joined by his Deputy, Hon. Lucky Aiyedatiwa and some members of the State Executive Council, received the former Governor at the Presidential Lodge, Government House, Alagbaka, Akure on Monday Evening.

Mimiko said the visit was not to commiserate but celebrate the life of the late mother of the Governor, Lady Evangelist Akeredolu.

He noted that the deceased departed as a fulfilled woman who lived to witness her children succeed in life.

“We are here with some of the members of my family and political associates. We have come not to commiserate but to celebrate mama’s life.

“She departed a fulfilled woman. She lived a long life and knew God. She lived to see her fruits successful. We will all participate in giving mama a befitting burial.” Mimiko said.

Governor Akeredolu appreciated his predecessor and his entourage for finding time to visit him.

He said:”We never thought she would go so soon. She was an example of what people say that man proposes, God disposes. She would have loved to live up to 120 years.

“I believe that God has taken her at a very good time when her seven children, grandchildren and great-grandchildren are alive. It is not easy. It is a rare thing, not everybody has it. She left at a time when will have the opportunity to celebrate her.” Governor Akeredolu said.