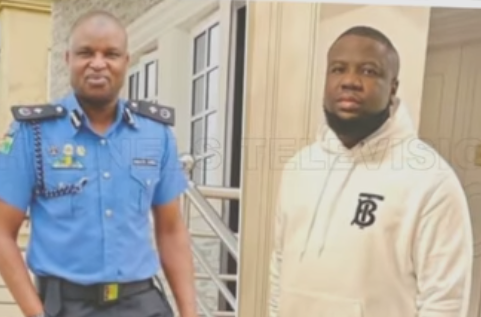 Fresh details have emerged on the allegation levied against Nigeria’s celebrated police chief, Abba Kyari before a district court in the United States of America.

Vanguard had earlier reported how embattled Nigerian socialite, popularly known as Ray Hushpuppi was quoted by the US court of bribing Kyari to arrest a co-fraudster in a whopping $1.1m deal.

Mr Kyari in a statement issued on Thursday, denied the allegation, saying he did not demand any money from Hushpuppi. He, however, said he introduced the accused to a cloth seller whom Hushpuppi paid about N300,000.

In Kyari’s defence, he never demanded for a dime from Hushpuppi, admitting his focus was to save people’s lives that were purported to have been threatened.

But in a US court document seen by Vanguard, it was revealed that Kyari allegedly sent third party account to Hushpuppi for payment.

“On January 20, 2020, defendant Kyari sent an electronic message to UICC Abbas containing the account information for a bank account at a Nigerian bank in the name of a person other than defendant KYARI himself, where UICC Abbas was direct payment for the arrest and imprisonment of defendant VINCENT,” the US court document reveal.

Hushpuppi, before his arrest, is popular for flaunting his luxury lifestyle, appearing in private jets, luxury cars, wearing designer outfits, and expensive wristwatches.

ALLEGED INDICTMENT OF DCP ABBA KYARI: INSPECTOR-GENERAL OF POLICE ORDERS A REVIEW OF THE INFORMATION

Sequel to the receipt of allegations and indictment processes from the Federal Bureau of Investigation (FBI) against one of the personnel of the Nigeria Police Force, DCP Abba Kyari, the Inspector General of Police IGP Usman Alkali Baba psc (+), NPM, fdc has ordered an internal review of the allegations.

The Nigeria Police Force reaffirms its commitment to the pursuit of justice and the strengthening of its professional relationship with the FBI and other international partners.

Further developments on this case will be communicated to members of the public accordingly.