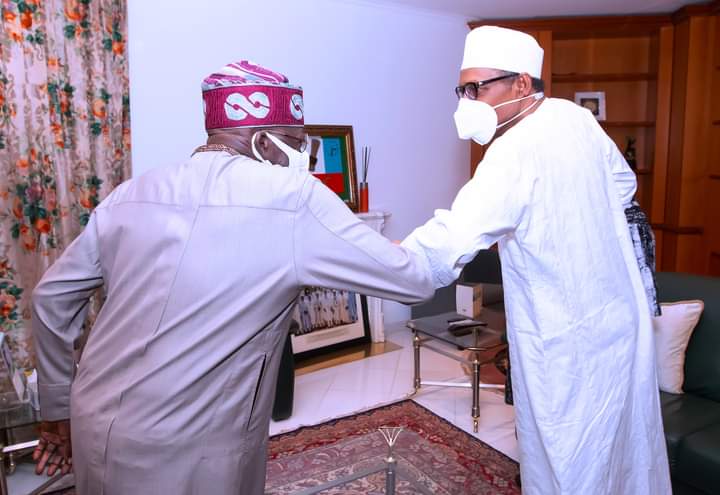 My visit to Buhari amidst insecurity, 2023 polls —Tinubu

A national leader of the ruling All Progressives Congress, Asiwaju Bola Tinubu, on Monday, reacted to the various challenges bedevelling Nigeria, saying all nations would go through difficult times.

He said the difference would be in how to communicate the challenges to citizens and how to make it easier for them to bear.

Tinubu stated this in an interview with State House correspondents shortly after a closed-door meeting he had with the President, Major General Muhammadu Buhari (retd.), at the Presidential Villa, Abuja. 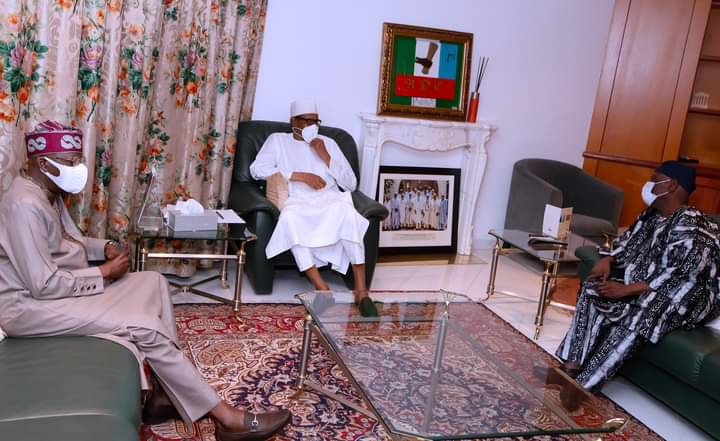 The former Lagos State Governor, who was accompanied by a former national chairman of the APC, Chief Bisi Akande, said one of the steps in addressing the challenges was exchanging ideas with the leadership, which he was in the Presidential Villa to do.

He said, “The best way forward is what we are doing; coming together to reduce banditry, to move for unity and be able to bring a better Nigeria to the people. The welfare of our people is extremely important.

“Yes, every nation will go through these curves and difficult times. How we communicate it to the people; what are the areas to help make things easier for people? Those are the ideas we have to exchange with the leadership of the country.”

Tinubu said there was no President that would want his country to be in chaos.

He said Nigerians must therefore show cooperation, understanding and determination to surmount the challenges.

“There’s no President or leader that will want his nation fractured by tribalism, religious differences and all that. It calls for serious management and serious evaluation and dialogue once in a while.”

Tinubu also faulted insinuations in some quarters that attributed his not being frequent in the Presidential Villa to unhealthy relationship between him and Buhari.

He said, “There is nothing like unhealthy relationship between us. Who is our doctor? Is it social media that is measuring the relationship?

“I don’t have to disturb him openly on camera; is it? No, we have so many ways to look at issues. We have nothing like that.”

When asked to describe his relationship with the President, he said it is “very close and cordial, frank and honest”.

Tinubu also said the chances of the ruling party retaining power at the centre after Buhari in 2023 were very bright.

The former governor said, “I don’t want to predict that one right now; I don’t want to do that subject now. The chances are as bright as a midnight star. We will continue to work for a better Nigeria and that is what you need.

“You can depend on Buhari that he will not spend one hour beyond his tenure. He will comply with the constitution.”