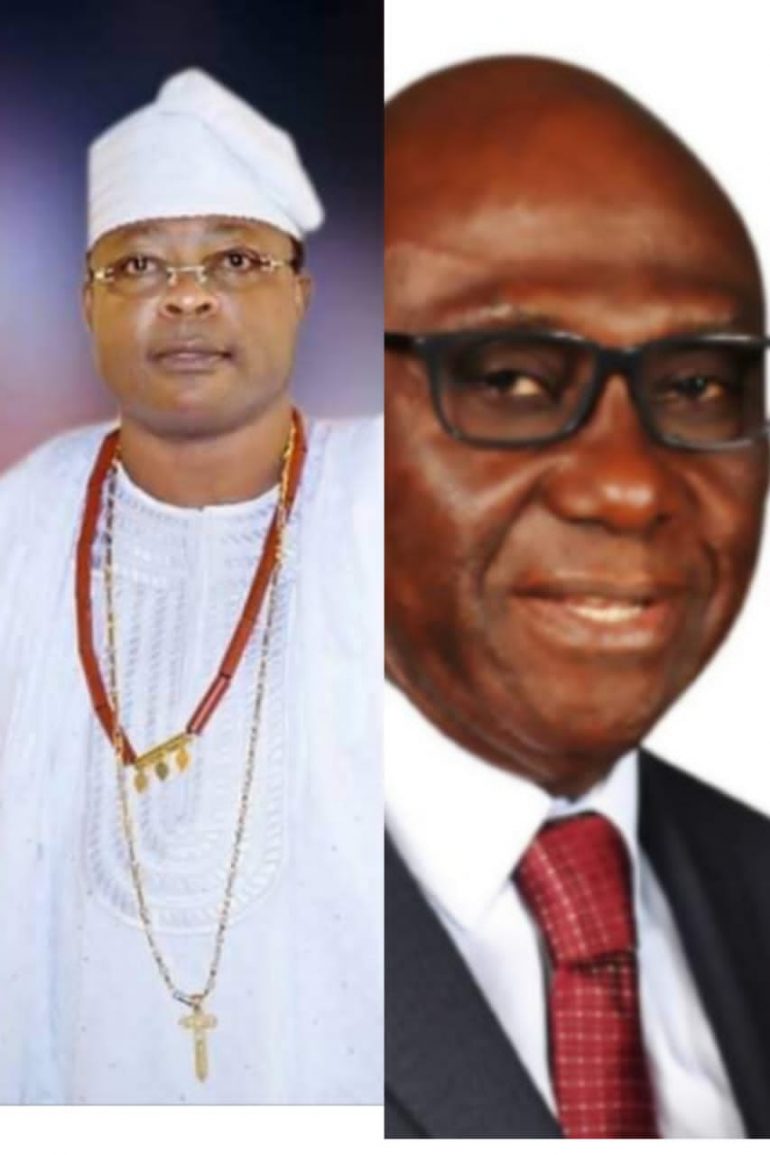 The candidate of the Peoples Democratic Party, PDP for Ondo North Senatorial District in the 2023 general elections, Akogun Adetokunbo Modupe has congratulated Ogbeni Oja Of Owo Kingdom, and National Coordinator, Owo Is One, Chief Akin Aruwajoye and Prince Rotimi Ibidapo on their recognition for the award of Officer of the Order of Federal Republic, OFR and Officer of the Order of Niger, OON respectively by the Federal Government of Nigeria.

In a congratulatory message, Akogun extols the achievements of these illustrious personalities in their services to humanity in general and Owo Kingdom in particular.

He said, “the recognition will serve as an inspiration that will spur others to emulate their hard work, dedication to community service, and industriousness which has gained national prominence and recognition of such magnitude”.

He therefore rejoice with the people of Owo Kingdom for having two of their sons on the 2022 national honor award list.

The majority leader says this conferment shows that the government is watching every good work from every citizen, and Prince Rotimi and Chief Aruwajoye have laid an example. Honourable Ogunmolasuyi emphasized that their latest landmark is a breakthrough for Ondo State. The Majority leader states that “again, this put Ondo State on the forefront of nurturing astounding individuals who are purpose driven. We need to cherish these two individuals.”

In the ODHA majority leader’s words, Ondo State will continue to be a benchmark and set the pace in terms of producing astute individuals who are contributing globally to the world. Finally, he urged Prince Rotimi Ibidapo and Chief Akin Aruwajoye to keep the good work up by doing more for humanity.