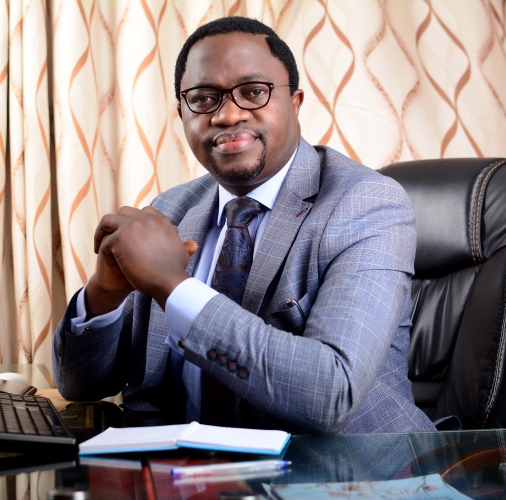 Perhaps, the biggest news in Nigeria right now, is the re-arrest and arraignment of the leader of the Indigenous People of Biafra (IPOB).

The Federal Government of Nigeria however needs to look beyond the prosecution of Kanu, into the bigger picture.

Kanu did not start the agitation for Biafra.

There was Odumegwu Ojukwu of the Nigerian Army. There was Ralph Nwazuruike of MASSOB.

Even if Kanu is put out of circulation, the spirit of Biafra will yet soar as another leader might soon emerge to shoulder the struggle, for the Igbos believe that the present polity of the Nigerian state as presently constituted, suppresses their development and liberty

Interestingly, Kanu enjoys massive followership of Igbos scattered across the globe who are ready to continue to commit funds in hard currencies in support of the Biafran agitation.

If he is taken out of circulation, these financiers will likely switch their funds to the next arrow head, who may now stay off public glare as to avoid being targeted by the Nigerian government.

But is Kanu the only person agitating for a break away republic?

So, Kanu is not alone in this raging agitation for secession.

Rather than stick strictly to the pursuit of the prosecution of Kanu, I’m of the humble opinion that his re-arrest should be used to negotiate the birth of a new functional Nigeria.

Recall that Militants in the Niger-Delta were granted amnesty by President Musa Yaradua in 2009, in spite of the massive damage done to our oil installations

In 2018 President Muhammadu Buhari promised to grant amnesty to members of the Boko Haram sect who are ready to drop their arms and embrace peace, in spite of the massive killings.

In like manner, I suggest that President Buhari grant Presidential Pardon to Mazi Nnamdi Kanu and call all other break away agitators and opinion leaders across the various regions to a round table to channel a new course for our nation, while the charge of treasonable felony against Omoyele Sowore is dropped.

I personally do not support the disintegration of Nigeria. I also do not support a nation of unequals, where some feel like they’re second class citizens.

My advocacy is for a functional Nigerian state where true federalism is practiced and everyone feels a sense of belonging in a regional arrangement, where each region is overseen by a Prime Minister and the resources of each region is used for regional development and a percentage sent to the Federal Government while the Presidency is rotated amongst the Prime Ministers

We sure need a new constitution and not the on-going review which many see as a sheer distraction.

Rather than bask in the euphoria of the re-arrest of Kanu, President Buhari should utilize this opportunity to strike the cord for national rebirth and write his name in gold.

Just like President Goodluck Jonathan ignored the people around him in 2015, walked into the inner room to put a call across to congratulate him ahead of INEC’s declaration of the presidential election result amidst national apprehension, he should ignore the “presidency” and toe this uncommon, heroic path that will earn him the enviable tittle of the “Father of New Nigeria”.

While I pray Nigeria succeeds, I pray Allah grants President Buhari the courage to so act right and act promptly.