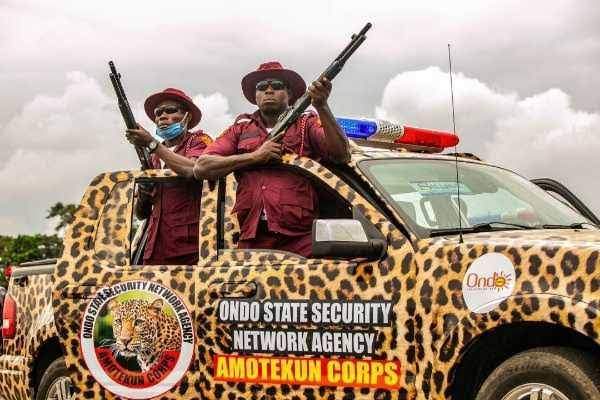 The Ondo State Security Network codenamed Amotekun Corps, has clarified that no officer of the agency was killed in a bloody cult clash with vigilante group.

It was reported by the media that some gunmen suspected to be cultists on Friday allegedly shot dead an Amotekun operative and two others in Ondo town.

But speaking with SUNSHINETRUTH on the incident, the Ondo state Corps Commander of Amotekun, Chief Adetunji Adeleye said his men only went to the scene of the incident to restore normalcy after they were informed of the clash between some cultists and vigilantes in the town.

Adeleye clarified that there were casualties in the clash, but no Amotekun officer was shot, adding that security operatives including his men had been deployed to the area for manhunt of the troublemakers.

It was however gathered that the killings were suspected to be a reprisal attack between two cult groups while a vigilante man suspected to belong to another cult group was killed in the process.