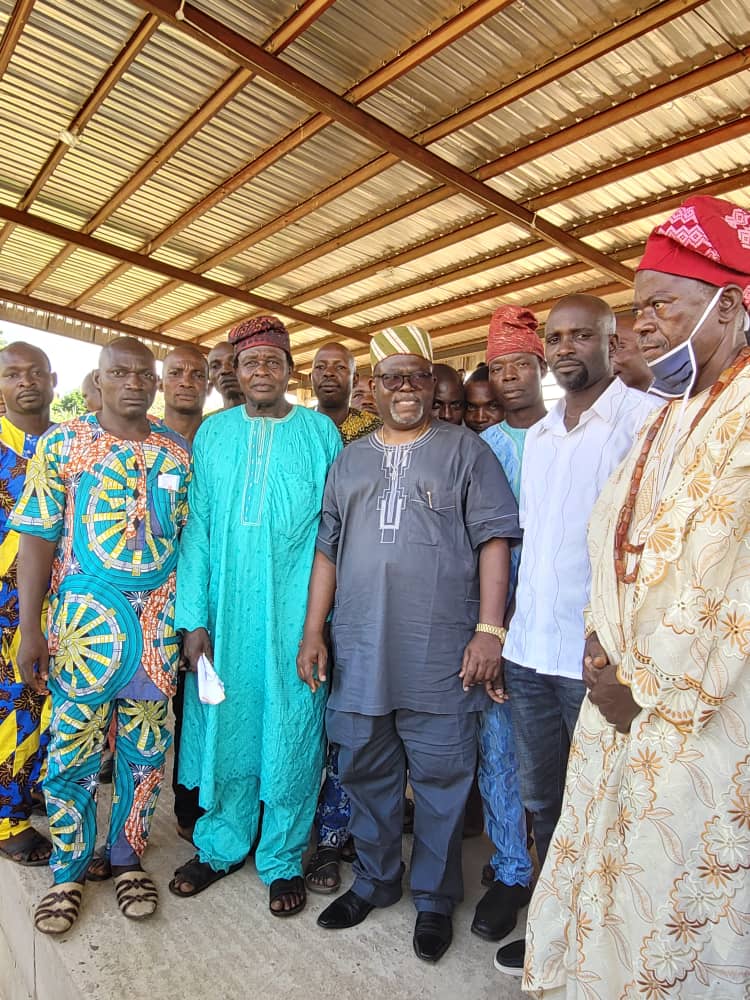 Chief (Dr) Olusegun Ategbole has put smiles on the faces of thousands of farmers in Oka Akoko in Akoko south west local government area of ondo state who lost their valuables worth millions of naira during the crisis that engulfed their farm lands and settlements in Supare community.

Dr Olusegun Ategbole – the Bobagunwa of Oka Land who is also an APC chieftain in the state has come to the aid of the affected farmers with the provision of a million naira as financial assistance to them to help the farmers recover from the shock of wanton destruction of their property and farmlands. 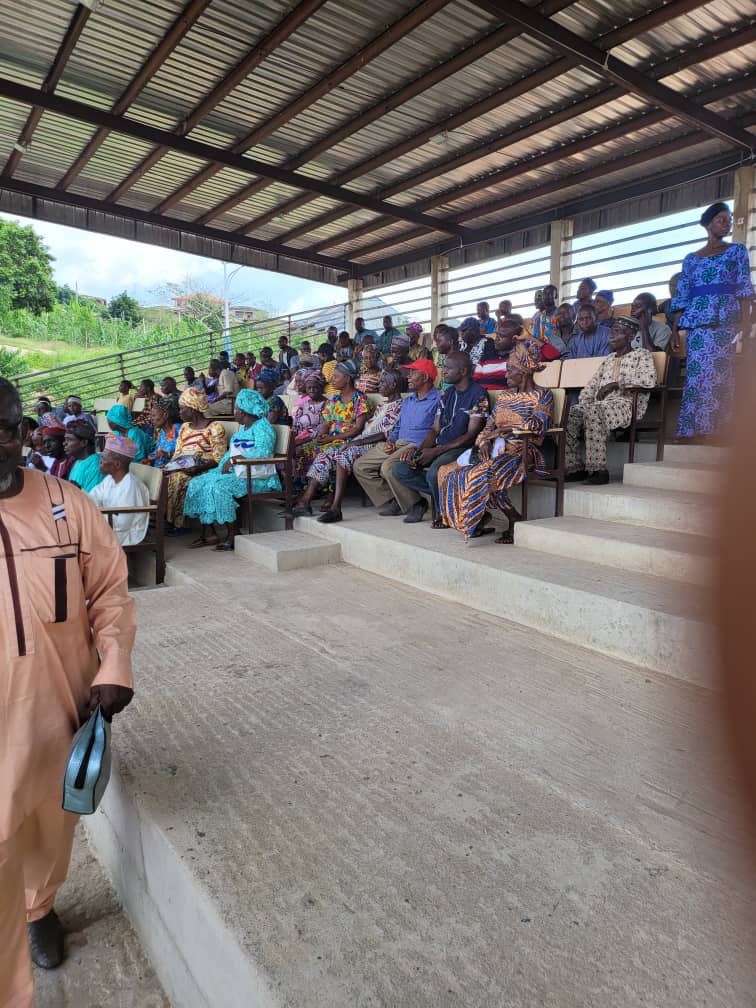 The farmers who converged in Oka Akoko Township pavilion categorized their area of operations into 25 hamlets led by their representatives to receive the financial support from Chief Ategbole.

The affected farmers who cut across almost all the families in the town benefited from the philanthropist gesture of Dr Ategbole.

Dr Ategbole who is a medical consultant of international repute had practised for decades in the United States of America appealed to the affected farmers to sheathe their swords and allow peace to reign as Oka Akoko and Supare communities are one family that have been living together with their farming business in peace for decades.

Dr Ategbole who noted that though the financial support is just a token advised them to make use of the money judiciously and promised not to relent in his support for them.

The Oka born politician who is well on ground and popular among his people, Chief Dr Ategbole used the occasion to thank and appreciate ‘Mr Talk and Do’ Governor, Arakunrin Oluwarotimi Akeredolu SAN for his prompt intervention in resolving the crisis and douse the tension from escalating beyond control.

Chief Ategbole also expressed gratitude to the royal fathers, The Olubaka Of Oka Land, Oba Yusuf Adebori Adeleye OON and Olusupare of Supare for their fatherly role in ensuring peace.

While speaking on the philanthropist gesture of Dr Ategbole, some of the beneficiaries were elated and expressed their most gratitude to him and prayed that God Almighty will continue to be with him and his entire family and sustain Chief Ategbole for Oka Akoko and Ondo state in general.

They therefore noted that the financial assistance will help them to buy necessary and needed farm equipments/implements to start their farming business afresh.

It would be recalled that crisis engulfed the farmlands and settlements of Oka farmers who farm in Supare community which led to wanton destruction of their properties and farm produce worth millions of naira.

Meanwhile, Ondo state government under the able leadership of Arakunrin Oluwarotimi Akeredolu SAN quickly waded into the crisis by inaugurating a committee that involved stakeholders from both sides which led to signing of memorandum of understanding for both Oka Akoko farmers and Supare community to continue to live in peace.