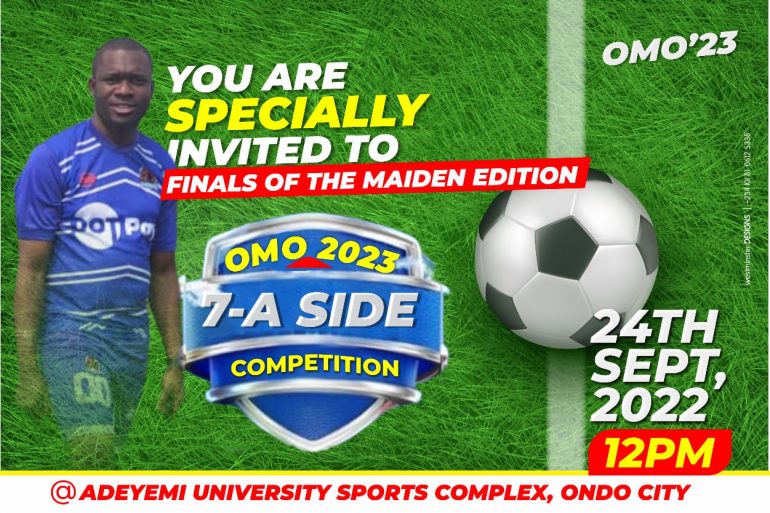 The event which will be held at the Adeyemi Federal University of Education Sports Complex, will see the Excel United and Fawehinmi Warriors jostling for the Cup.

Both Excel United and Fawehinmi Warriors defeated the Nibanola FC and Aketi Stars, respectively to qualify for the finals.

The organizer, Otunba Moyinolorun Ogunwumiju, is the candidate of the All Progressives Congress for the Ondo West Constituency 1 House of Assembly seat.

Other are: Commissioner for Culture and Tourism, Hon. Wale Akinlosotu; and the Director General of the Project and Performance Implementation Monitoring Unit (PPIMU), and the Ondo West Local Government Chairman, Hon. Ebenezer.

Ogunwumiju has continued to reiterate his commitment to youth development and harnessing productive potentials among the youths.

The football competition is aimed at discovering talents in the constituency and nurturing them for future opportunities and growth.

Ogunwumiju, who has vowed to redefine representation in the constituency, has experiences both local and international in community engagement.