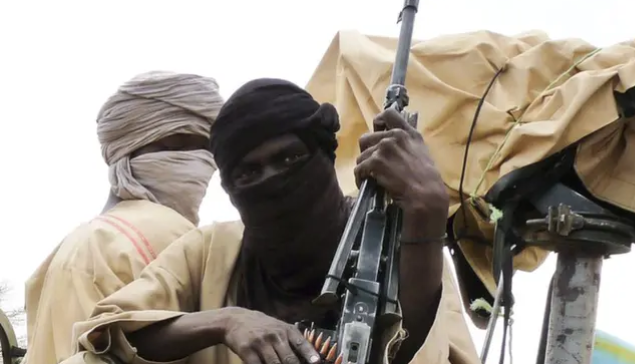 Three persons including a mobile policeman and one civilian were on Wednesday shot dead by gunmen suspected to be armed robbers during an attack on a bullion van in Ore, in Odigbo local government area of Ondo State.

The incident, according to eye witness occured at Costain area, few kilometers from Ore in Odigbo Local Government of the State.

According to the source, the dare-devil armed robbers opened fire on the bullion van and the escort van while on motion.

One of the sources said the bullion van was conveying undisclosed amount of money to Ore, when they ran into the hail of bullets of the suspected armed robbers who had laid ambush for the them.

It was gathered that an undisclosed amount of money was carted away from the bullion van.

The State Police Public Relations Officer (PPRO), Funmi Odunlami, who confirmed the incident said a policeman and the driver of the vehicle were killed while two other policemen were injured.

She explained that the bullion van was coming from Benin, Edo state and going to the rubber estate in Araromi obu, when the armed men who were in two Sienna buses attacked them, killing the driver of the bullion van instantly.

The PPRO confirmed that the armed robbers made away with an unspecified amount of money during the attack.

In the last one month, three different attacks have been launched on bank bullion vans at Emureile in Owo area, Ondo town and the latest near Ore in Ondo state while bank robbery was recorded at Ilaramokin while about six lives have been lost in the process.