The Adeyemi College of Education in Ondo town, Ondo State, has placed ban on the use of cars and power bikes by students of the institution on campus.

In a circular dated Thursday, April 15, the school’s management stated that this was necessary in order to safeguard the lives of students and staff from students who drive with ‘reckless abandon’.

Basehitz reports that the ban is said to be effective immediately. 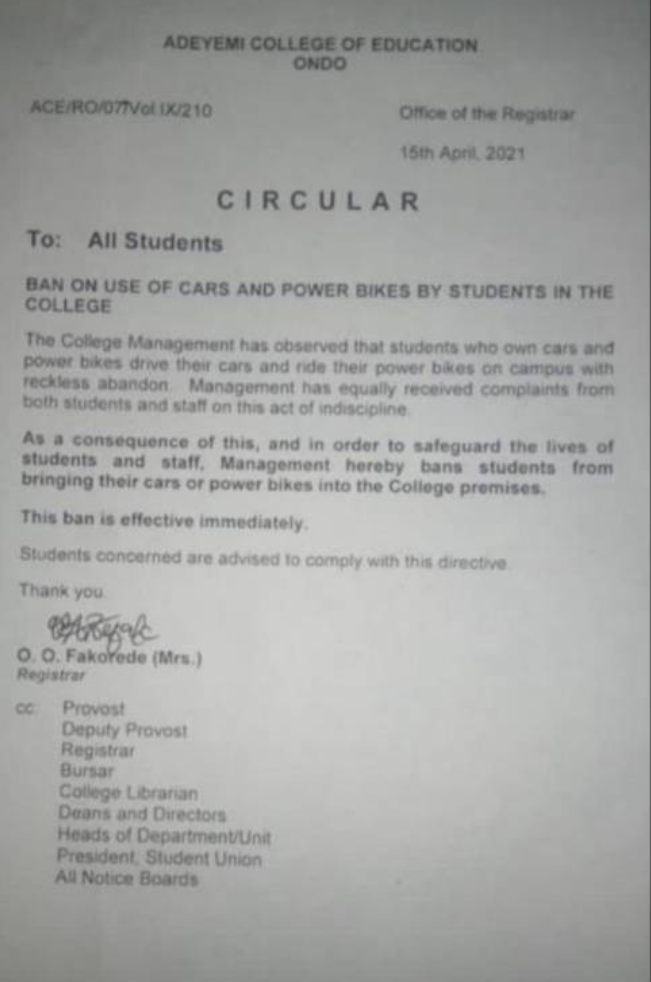 “Management has equally received complaints from both students and staff on this act of indiscipline.

“As a consequence of this, and in order to safeguard the lives of students and staff, management hereby bans students from bringing their cars or power bikes into the College premises.

“The ban is effective immediately.”