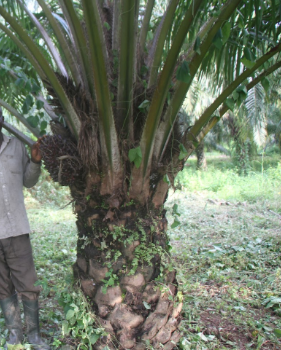 It was a bad for Hassan Kazeem, a 25-year-old farmer when he was sentenced to two years imprisonment by a Magistrate Court sitting in Ondo town, headquarters of Ondo West Local Government Area of Ondo State for selling adulterated palm oil.

The convict, Hassan Kazeem was said to have been involved in the illicit business of mixing palm oil with some chemicals in order to produce more palm oil for the unsuspecting public.

It was gathered that after mixing the substances, he used to sell the adulterated palm oil for N34,000.

Kazeem is said to have committed the offence on August 22, 2021, where he was caught selling the adulterated palm oil at Sabo market, Ondo town.

While pleading guilty to the charge, he begged the court to forgive him as he promised not to perpetrate such crime again.

“I was looking for N32,000 to travel around to search for my wife and children because they travelled to our town and they have not come back since. That is why I did it when I did not see anyone to borrow me.”

The Police Prosecutor, ASP Iyabo Omolara, however, urged the court not to give judgment after the defendant had pleaded guilty to the crime.

The Presiding Chief Magistrate, Toyin Olowookere, in her judgment, found the accused guilty and sentenced him to two months imprisonment without an option of fine. dailypost