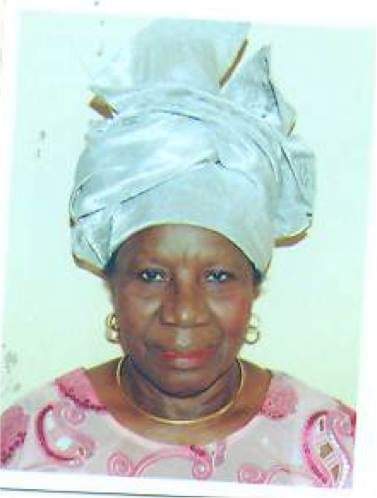 A former Ondo State Commissioner For Trade, Industries And Cooperatives, Chief (Mrs) Alice Mobolaji Osomo was among 25 women honoured and enlisted into the Ondo State Female Hall of Fame by the State Government on Thursday for their outstanding contributions to the development of the state and the country in the various areas of endeavour.

She also served as Minister of Housing, Lands and Urban Development, as well she is the first female Commissioner in Ondo state and first female Minister of Federal Republic from Ondo State.

The 86yr-old politician who could not attend the Award event in Akure due to her advanced age, expressed delight over the honour she described as unprecedented.

Mrs Osomo who was represented by the Special Adviser to Ondo state Governor on Gender, Mrs Olamide Falana, charged women never to suppress themselves.

Osomo who spoke through Falana said, “Ondo women must never suppress themselves,  they must always give their best to themselves, their children,  their husbands, their society, their state and nations as a whole.

“They must strive to always be the best they can be in all areas, this will ensure fulfilment and success.

“On the continuous struggle for equity by women, mama said there is an old saying that ‘a woman’s voice may not be too loud but only a foolish man will not listen’.

“Nigerian duty bearers must listen to the voice of women, be it whispers or pleas because it always comes from a depth of intuition and concern for others,” Osomo said.

On the women recognition,the former Minister under Olusegun Obasanjo’s administration appreciated Ondo state government and the Governor’s wife Mrs Betty Akeredolu for the recognition which came as a pleasant surprise to her.