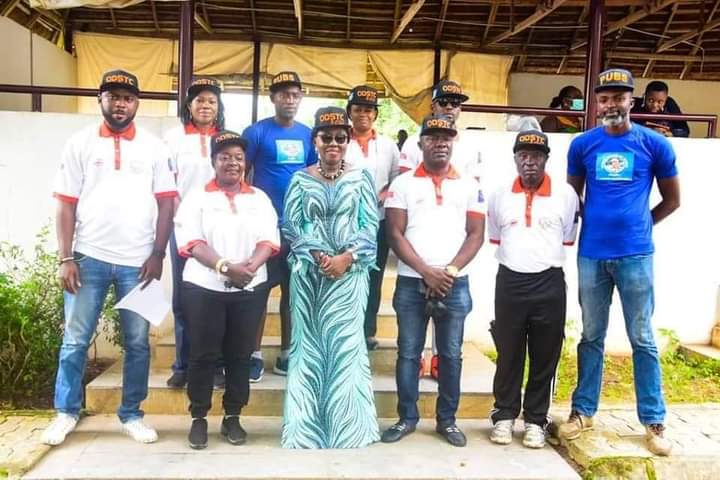 Ondo State Summer Tennis Clinic is an annual sporting event aimed at grooming future champions and this year’s edition is the 4th of its kind.

During the inauguration held at the Government House Ground, Alagbaka, Akure, Mrs. Akeredolu charged the members of the committee to redouble their efforts at ensuring the success of the sporting events.

She said she is happy with the report that one of the trainees is now the best in the southwest zone.

The First Lady who called on all well-meaning people of the state to  sustain the vision by supporting it further observed that the Summer Tennis Club has been giving meaning to lives and purposes to some of the children who are from broken homes.

While calling for supports from well meaning Nigerians and other corporate bodies, Mrs. Akeredolu said funding has remained a great challenge and that those who can donate items like rackets and balls to support the children will be appreciated.

“The challenge has remained funding. One could have thought getting children to participate will be a problem but that is not so. Most of these kids are children from impoverished homes, who are looking for avenues to excel. It is not all about money. You can gift us rackets and tennis ball which are all imported”, she added

In his remarks, Coach Mayowa said the project which started out in 2017 with a population of 380 children aged between 4-13 years has recorded lots of success stories as some of the 25 children selected for retraining, have been winning tournaments across the federation.

“Some of our trainees made it to semi- finals and currently, one of us is the best in the under-16 category in the southwest. As a result of this programme, the CBN Junior Tournament was brought down here”, he added saying this year’s programme will again provide another opportunity for those who are willing to take advantage of it.

Earlier in his remark, the coordinator of the group, Mr. Seun Betiku while commending Arabinrin Akeredolu for standing by the vision and supporting it through the years, charged members to put in their best to make this year’s programme a huge success.

It would be recalled that Ondo State hosted world heavyweight champions during the last edition of the programme in the state.