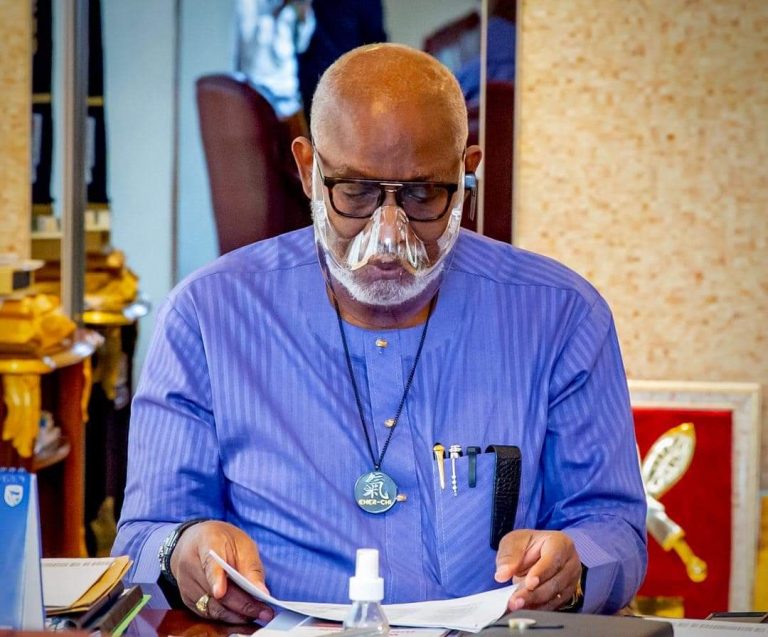 Ondo State Government has approved the payment of School Certificate Examination Fees otherwise known as WAEC Fees for students in public schools in the state.

This followed the approval of a memo sent to the governor, Oluwarotimi Akeredolu, SAN by the State Ministry of Education, Science and Technology and signed by the signed by the Permanent Secretary, Mrs Lola Amuda. The memo was dated March 17, 2021.

In approving the memo the following day, Governor Akeredolu further instructed that the sum be “paid directly to WAEC to be receipted for”.

Recall that at a public function Akure early this year, Governor Akeredolu promised to take the burden of the payment of WAEC fees off parents to cushion the effect of hardship imposed by COVID-19.

The Commissioner for Information and Orientation, Donald Ojogo confirmed that a total number 25,736 students in Public Secondary Schools across the state will benefit from the gesture.

He said, “the gesture by the State government was part of the determination of the Akeredolu led administration to bring joy and succour to parents in the State and alleviate the financial burden of parents in educating their children.

“Governor Akeredolu had during the first working day Prayer Meeting of the year with the State Public Service, made a pronouncement that the State would resume payment of WAEC Fees in all Public Secondary Schools in the State.

“This is a promise kept; and it’s not in any way, going to be politicised because our pupils deserve no such. It is in line with the commitment of the governor’s REDEEMED Agenda under which we have Educational Advancement and Human Development.”