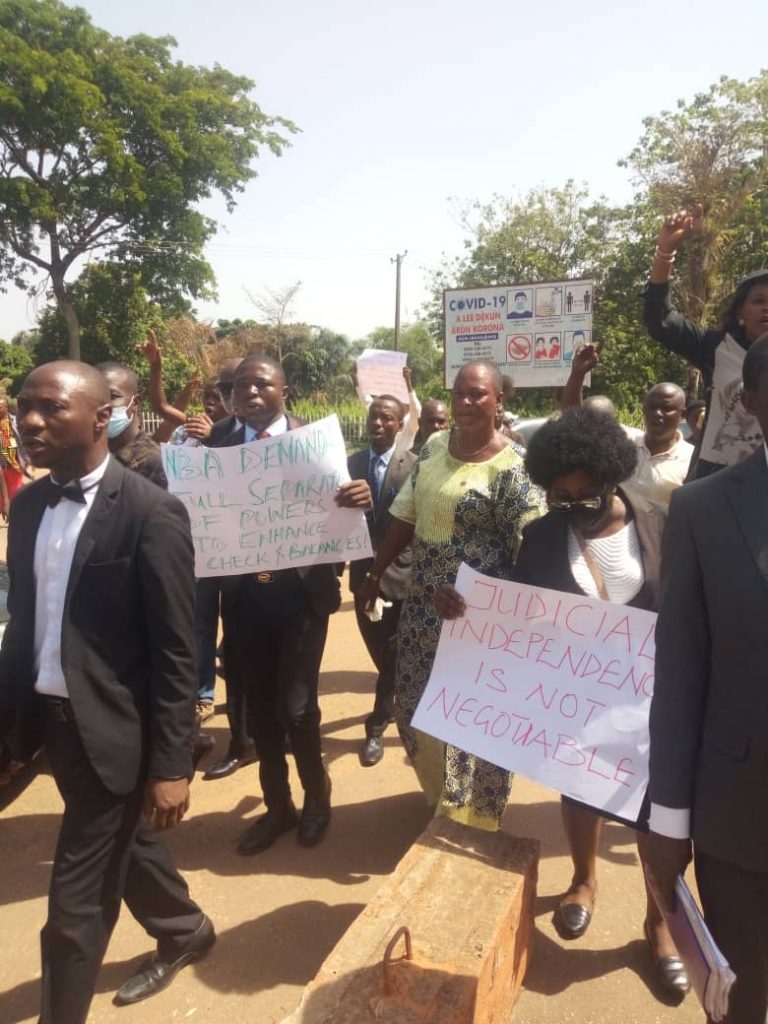 Lawyers in Ondo State on Monday protested the continued strike action embarked upon by Judiciary Staff Union of Nigeria (JUSUN) over the demand for financial autonomy for judiciary arm of government.

The lawyers from five branches in the state converged on Akure High Court complex from where they moved round the state capital and ended in the governor’s office in Alagbaka where a letter of protest was presented to the government. 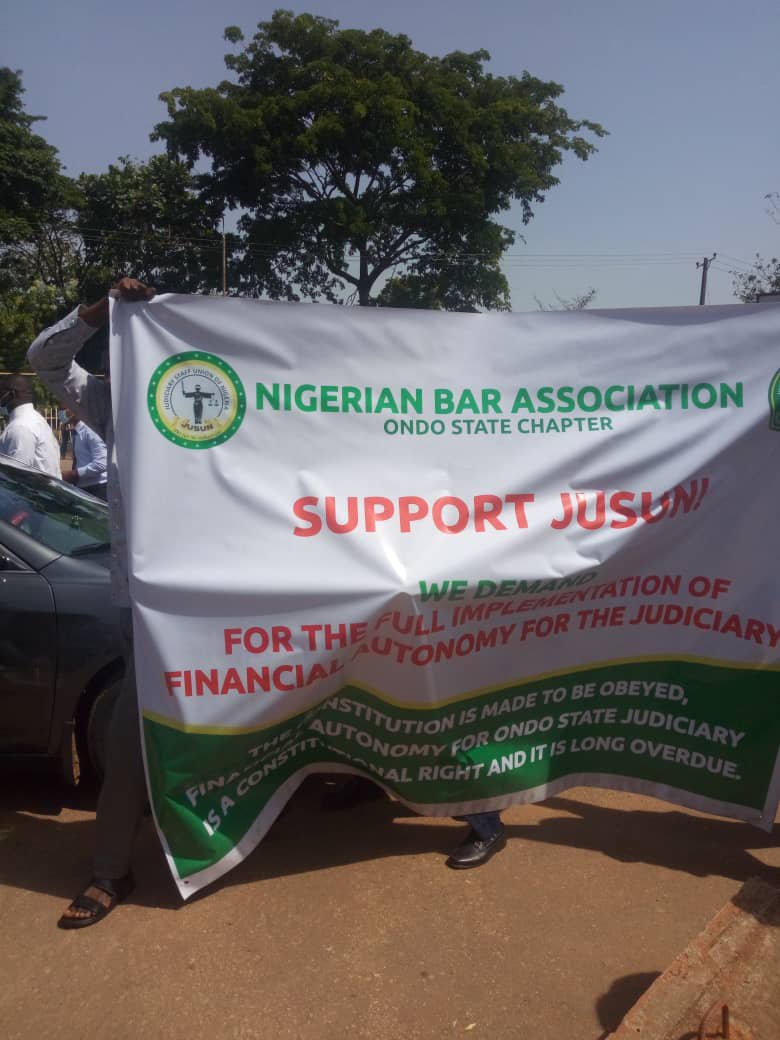 Led by the Akure branch of the NBA, Mr Rotimi Olorunfemi, Thompson Akinyemi and Chiev Orimisan Okorisa of Ondo and Okitipupa branches of NBA, the lawyers said a situation where the judiciary goes to governors for fund each time is not acceptable to lawyers in the state.

In the letter submitted to the governor’s office, the lawyers said the judiciary which is an independent arm of government under the Constitution and saddle with the important role of administration of justice should not be strangulated by the executive arm of government.

The lawyers said without an independent judiciary, the implication on the socio-economic fortune of the people is better imagined.

The letter read “JUSUN’s demand, which the NBA unequivocally supports, it is, therefore, not alien to our system of governance, because federalism comes alive through active implementation of the doctrine of separation of powers.

” It is particularly reprehensible that despite all the interventions of relevant stakeholders towards enforcing constitutional provisions, this state has continued in the undemocratic practice of micromanaging the funds due to the judiciary with gross impunity, and in breach of oath of office which requires that you uphold the dictates of the Constitution.”

The NBA said as a major shareholder in the justice sector with the specific mandate to protect the rule of law, the lawyers are in total support of the judicial workers’ strike action which is aimed at ensuring an independent judicial arm of government.