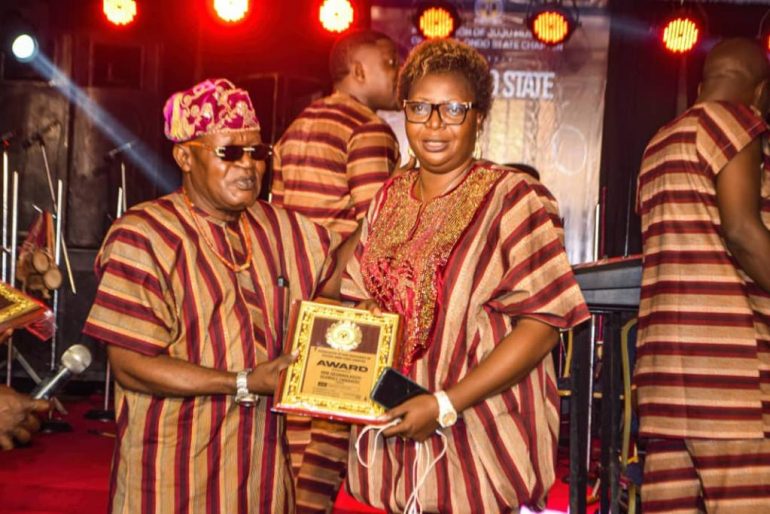 …..Group describes Majority Leader as a man of intentionality.

…..Brands him as the people’s legislator

It is another groundbreaking achievement for the Ondo State House of Assembly Majority Leader, Honourable Oluwole Emmanuel Ogunmolasuyi (WEST), as he bags another award for his excellent work.

The Juju Musicians of Nigeria Ondo State Chapter described the award for meritorious service, which the majority leader has done so far.

Ever since the emergence of Honourable West, a series of projects have been carried out in his constituency.

These projects include Jamb and University scholarships for students, road fixing, water incorporation, and employment opportunities. Aside from that, the majority leader has been vocal regarding essential issues about his constituency and Ondo State.

These efforts haven’t gone unnoticed, which was the main reason Juju Musicians of Nigeria in Ondo State decided to crown his effort with this recognition.

They urged Honourable Ogunmolasuyi to continue his good work because re-election is certain.

Though he was absent, Honourable Ogunmolasuyi was represented by Mrs Emirola Oyekorede (Enuogbope) and Prince Segun Aragun (Shegzy). They conveyed his message with humility by thanking the association and promised he will continue to serve humanity without expecting thanks.