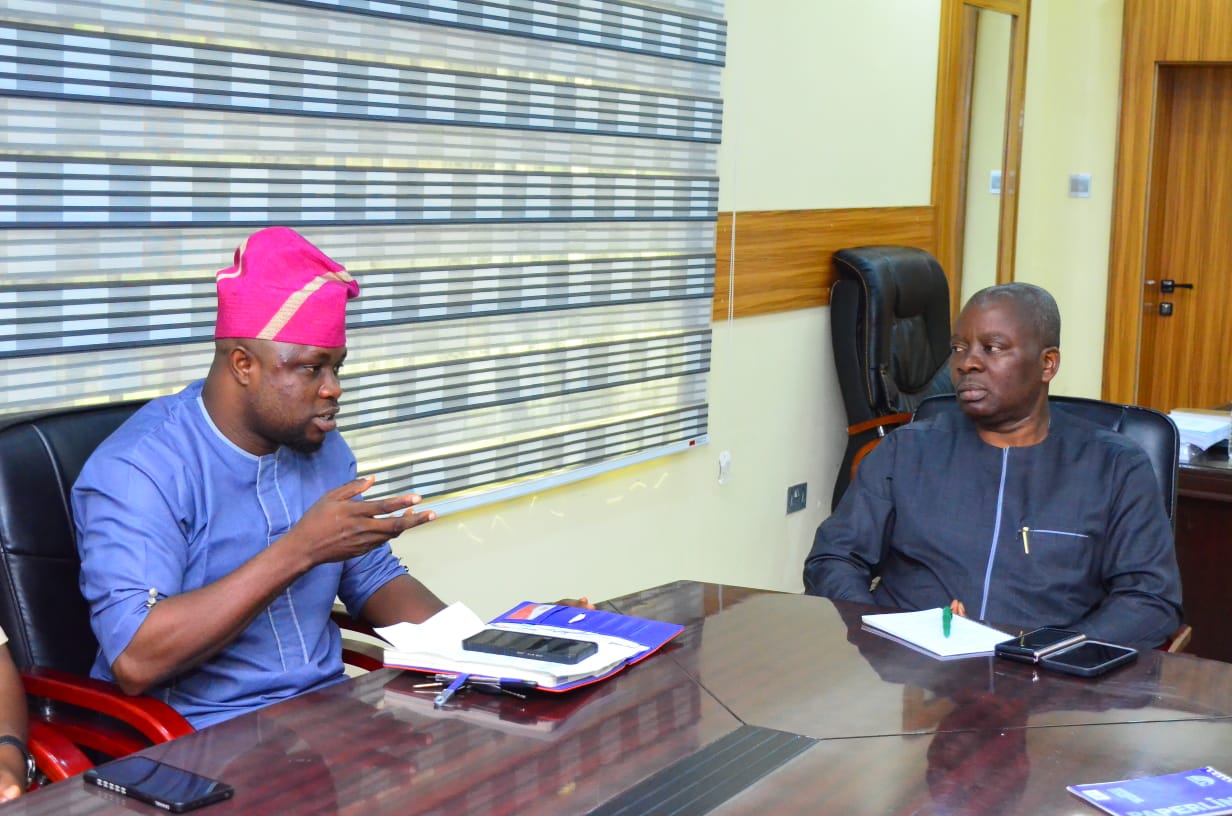 Pastor Igbasan made the call in his office when he received in audience leadership of the Ondo State Council of the Nigeria Union of Journalists (NUJ) on Friday, 18th November, 2022.

The Commissioner urged them to use their professional investigative skills and reportage to write, analyse and project to the world the potentials of and benefits, which Port Ondo will bring to Ondo State in particular and Nigeria as a whole.

According to him, the Port Ondo is the only area having the size and depth of a real sea port in the country.
He said, “if you look at all the Ports in Nigeria, from Badagry to Apapa, Onne and Asaba, they are all River Ports. The only place you with all the attributes of a Seaport is in Ondo State. We have done all the paperworks required by law and also paid the required application fee. Use your talents to tell the world that Port Ondo deserves approval.”

Igbasan said the state government has been getting national and international awards and recognition as the best in terms of budgetary transparency. The Commissioner added that a recent Poverty Index Report published by the National Bureau of Statistics says Ondo has the least poverty rate in the country, adding that the state intends to maintain its leading position among states in Nigeria.

In his contribution, the Permanent Secretary, Mr. Bayo Phillip commended journalists for projecting the state favourably to the world.
He appealed to them for more cooperation and support to enable the world know how the government is delivering dividends of democracy to the people.

Earlier, Chairman of the Council, Prince Leke Adegbite had said journalists would always support any government program that benefits the people, such as the Amotekun security network. He commended the government achievements on infrastuctural development and budgetting, saying the accolades coming from local and international organisations are well deserved.

Prince Adegbite appealed to the Commissioner to improve funding of the State media houses and the media as whole, saying the Fourth Estate is the only sector operating without budgetary allocation.

The NUJ Chairman asked the government for streamlining of tax payment system to put an end to multiple taxation in the state.