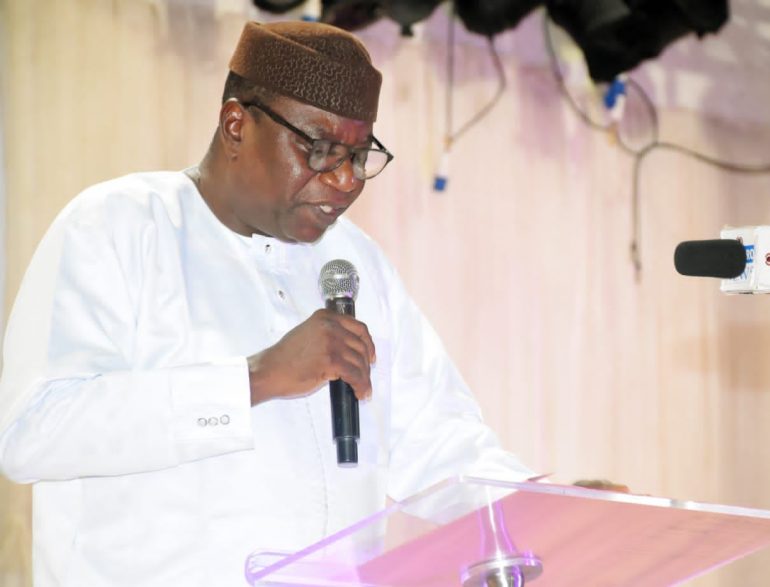 The Vice Chancellor of Adekunle Ajasin University, Akungba Akoko, Prof. Olugbenga Ige, has stressed the need for review of some existing policies to engender better living conditions for Nigerians.

Prof. Ige made the call on Sunday, September 18, 2022, at this year’s edition of Investiture of Ondo State Outstanding Personalities of the year 2022 and Presentation of Book (Diary of Icons), organized by the Hero Magazine International held at the Dome International Event Centre, Akure.

The VC and Guest Speaker at the event, who spoke on “Better Policies, Better Living Conditions”, said public policies exist in form of law, regulation, procedure, administrative action, incentive, or voluntary practice of governments and their institutions or agencies.

He said, “Since public policies (by their nature) are subject to change, there is the need to look into the possibilities of reviewing some of our existing policies or regulations towards securing better living for the people.

“A review of some of Nigerias national development policies is proposed as a body of philosophy to be targeted at providing better living conditions for its citizens such as in the critical sectors of education, health, transportation system, agriculture, labour and productivity, wages, youth engagement, national security, sustainable energy, foreign exchange, trade, taxation, environment, and cost of governance.”

He added that the responsibility of public policy formulation rest on public authorities at all levels of governance, including traditional rulers, Councillors, Local Government Chairmen, Members of House of Assembly, the Governor, the National Assembly, and the Presidency or agencies of government.

He submitted that public policies were to be legally-formulated framework for government actions towards providing the enabling environment for citizens to have conducive living conditions.

Prof. Ige expressed concerns that despite numerous brilliant policies that were initiated by successive governments in the country, Nigerians have not benefitted from significant developmental policies that adequately addressed the challenges in the nation’s education, economic, health and political sectors even after over two decades into uninterrupted democratic rule.

Interrogating policy failure in Nigeria, the Guest Speaker linked such failure to lack of a clearly defined policy framework, political instability, political interference, policy and macro-economic dislocations; lack of continuity by different regimes, both military and civilian; poor governance leading to abandonment of projects; lack of involvement of beneficiaries/relevant stakeholders in project design, implementation, monitoring, and evaluation; and ineffective targeting of real beneficiaries.

Prof. Ige, however, acknowledged the robust policies being initiated by the Ondo Governor, Oluwarotimi Akeredolu, SAN, especially on security of lives and property of the people.

The VC said, “In the face of the current security challenges rocking Nigeria, another giant stride has been taken by the amiable Governor of Ondo State, Arakunrin Oluwarotimi Odunayo Akeredolu, to ensure the safety and security of lives in the State through the government policy that brought about the Ondo State Security Network Agency, the Amotekun Corps.

“Going by the successes recorded by this Corps among a host of other important interventions within the last two years, you will agree with me that the initiative has formidably strengthened the states security architecture and translated into better sleep for the people of the State.”

He charged all public leaders to pursue better policies that would make people happy and fulfilled.

He said, I am challenging all of us as public leaders in our various capacities to pursue better policies that will make our people happy and fulfilled. To achieve this, we must ensure continuity in better policies and programmes initiated by successive governments; put adequate and proper structures and machineries in place to ensure proper implementation of policies; constitute and adequately fund appropriate institutions and agencies to implement policies; and prioritize the peoples interests and welfare when setting policy goals.