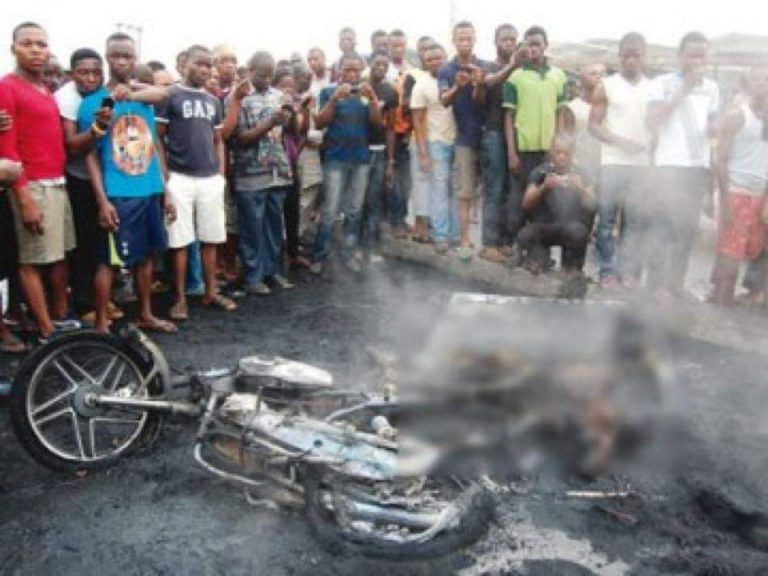 One dies as Police avert mayhem in Ondo

It took the timely intervention of Policemen at the Oba-Ile Divisional Station in Akure North local government area of Ondo state averted an outbreak of violence following the death of an Okada rider who ran into a stationary vehicle.

The victim’s kinsmen had attempted to burn down the vehicle involved in the accident but for the timely intervention of the security men there would have been a bloody clash.

According to Police report, the Okada accident occurred at about 11pm on Thursday when the Okada rider ran into a truck.

It was gathered that the motorcyclist was carrying a passenger as they were rushed to a nearest hospital where the rider, Godwin Albert died.

It was also gathered that the other person who’s name was not mentioned sustained injury and receiving treatment in the hospital.

The Public Relations Officer of the Ondo Police Command, DSP Tee-Leo Ikoro, who confirmed the incident, said that the situation had been brought under control.