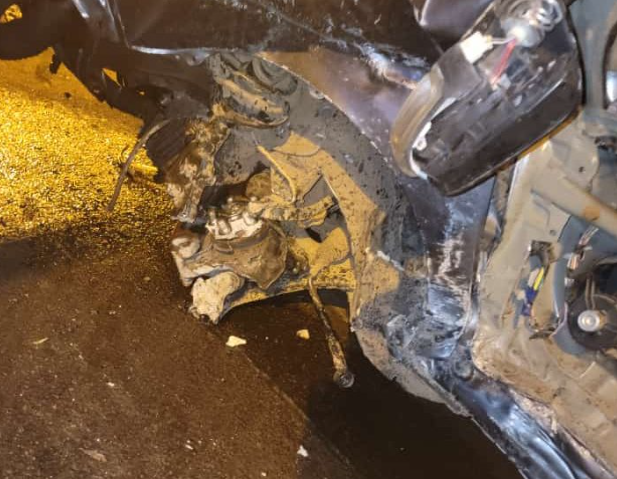 One FUTA student unlucky as four cheat death in Akure

It was a tragedy for university community as Five students of the Federal University of Technology Akure,(FUTA), Ondo state were involved in a car accident around cathedral area of the state capital on Monday night

One of the them, A 200 Level student of the institution known as Daniel Akinyele A.k.a 9jaBazz was confirmed dead while four others  sustained varying degrees of injuries.

They are currently receiving treatment at an undisclosed hospital.

Meanwhile the student Union Government,SUG of the institution has declared today (Tuesday) lecture free day to mourn the Departed soul.