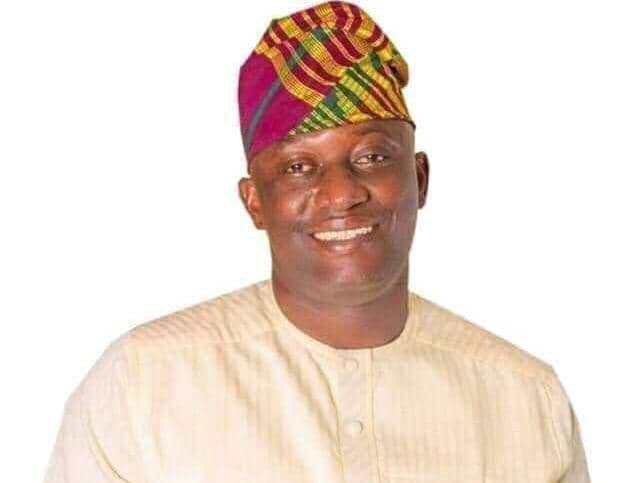 Mr. Seye Famojuro, an ally of incumbent Governor Seyi Makinde of Oyo State has been fingered in an alleged land acquisition spree of choice places and locations in Ibadan, Oyo State capital.

A political pressure group, Ibadan Progressives Elites (IPE) on Sunday regretted that “this guy, Otunba Seye Famojuro continues to be in the news of recent, for wrong reasons.”

“Recently he was alleged to be the mastermind of how a contractor’s men were kicked out of Agbowo Shopping Complex awarded by the Governor for a sum of N4.9billion in a Lease Agreement that had gone awry,” IPE stated in the release to the newsmen.

“While we are less concerned about the said failed Agbowo remodelling where those who supplied sand and cement were already regretting losing multimillion naira investments on the abandoned property, the Ibadan Progressives Elite will not watch while our land resources; the most cherished God-given treasure, surrendered to these cronies of Otunba Famojuro.

“For Ibadan sons and daughters must know that Seye Famojuro is an alien citizen of the State with Ijesha blood feeding fat on our government and using his connections to suppress many in the government of Engr. Seyi Makinde.

“He keeps dabbling into the affairs of governance and only recently caused the replacement of an Oyo State citizen and estranged friend of the Governor, one Mr. Ademola Ajibola as the Permanent Secretary of the Ministry of Land in Agodi State Secretariat.

“The said Ajibola, an Oke-Ogun man was replaced with an Ijesha woman, Olubunmi Mofoluke Adebiyi as the Permanent Secretary of the ministry.

“It was alleged that Ajibola entered Famojuro’s black book after he stopped him from expanding his greed on taking over many government lands in Ibadan in particular and his uncooperative attitude towards many alleged unprofessional and shady deals of Governor’s man on the running of the affairs in the Ministry of Land.

“Another woman, a Director who was seen as a stumbling block in the land management directorate of the Ministry, Alhaja Kehinde Kolapo was transferred to the Education ministry to allow for an unfettered access of the Famojuro to continue his unreported activities in the land ministry.

That was the allegations by the IEF in a statement signed by their Secretary, Chief Deolu Olayiwola.

Some officers in the ministry who spoke under anonymity because they were not authorised to speak to the Press confirmed the allegations and disclosed that their former Permanent Secretary Ajibola was brought to the ministry in 2019 after Governor Seyi Makinde was sworn-in.

They hinted that the Ministry truly has four directorates; Land Services now headed by Seye Adeyemi; Land Use Charge under Fisayo Ogunbiyi; Land management under Kehinde Kolapo who was booted out recently and Directorate of Planning, Research and Statistics under Nike Taiwo.

“As junior officers, we have been hearing of several allegations that Otunba Seye Famojuro has been cornering many lands in Ibadan for his family and friends from Ijeshaland.

“We know the Governor is not aware of all these issues but these atrocities must be exposed so that the Ibadan Elders; family heads in Ibadan (Mogajis); the Olubadan and his council members; the Central Council of Ibadan Indigenes can do a background check in order to avoid the city being taken over by the Ijeshas,” the IPE had stated.

“The IPE, said sources in the ministry alleged that Famojuro’s Ijeshamen have already taken over some quarters in the conventional GRAs and the recently created new ones in Engr Lere Adigun Estate at BCOS Basorun, Ibadan; Rashidi Ladoja proposed housing estates along Lagos Ibadan-expressway and a host of others,” the statement added.

Efforts to reach Famojuro for reaction to the allegation were unsuccessful as he didn’t pick several phone calls made to him.