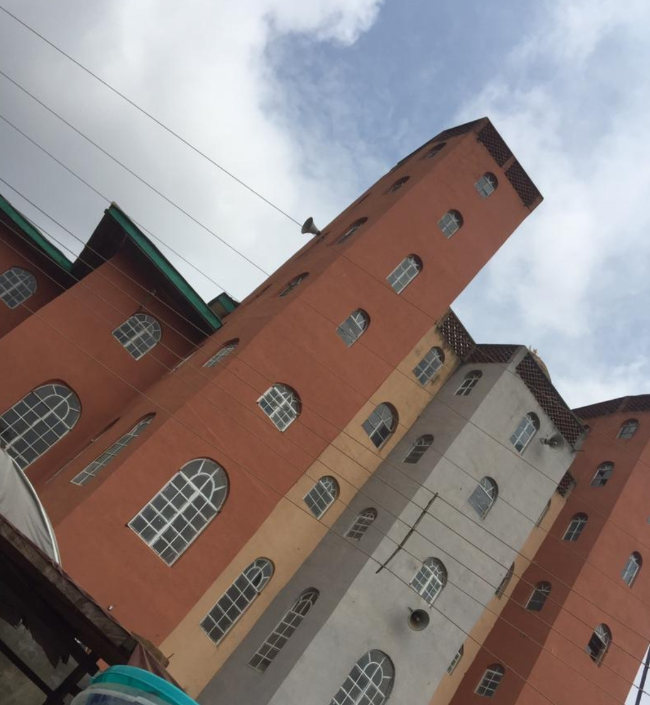 There was a palpable tension in Ikare Akoko, as security operatives averted bloody clash over closure of the town’s Central Mosque for the second Friday Jummah service.

Ikare Akoko Central Mosque, a town with most populous Muslims population in Ondo state is being locked for the weekly jummah service.

Last week friday, the two gates leading to the expansive mosque were Iocked with padlocks which were later cut by a faction in a supremacy and accountability crisis rocking Ikare Akoko muslims community.

The surrounding of the mosques usually busy with shops for selling and buying were deserted while police patrol vehicles were station at the frontage of the mosque to forestall any possible skirmishes.

It was observed that it took efforts of security operatives to prevent bloody clash between the two opposing side, as many faithful were said to be in sad mood over the unwarranted plot to cause another crisis in the town.

SUNSHINETRUTH gathered that the unrest among the Muslim community was said to have been caused by the removal of various standing committees by the Chief Imam over an alleged financial recklessness and tenure expiration.

It was further learnt that the members of the committees that supposed to spend four years had already spent more than eight years, while they were also alleged of mismanaging donations for the development of the Central Mosque.

A member of the muslim community said, “after several efforts by the Chief Imam to correct and make them (committee members) accountable, it always be rebuffed by them, which made the Imam to remove them; but a prominent Islamic leader has continued to empower the sacked committee members to cause crisis and locked the Central mosque.”

The source advised Governor Oluwarotimi Akeredolu and Security operatives to intervene in the religious crisis before it degenerates to another communal crisis that could lead to loss of lives again.

It was further learnt that the sacked committee members were said to be demanding the reversal of their removal before peace could return to the Muslim community.

It would be recalled that more than four people were killed in Ikare over obaship tussle.

The Police Area Commander for Ikare and the Divisional Police Officer (DPO) declined comments on the incident.

The Chief Imam of Ikare, Sheikh Abbas Abubakar could not be reached for reaction.

It would be recalled that Ikare Central Mosques was put under lock and key last friday teeming worshippers were barred from praying at the Central Mosque.