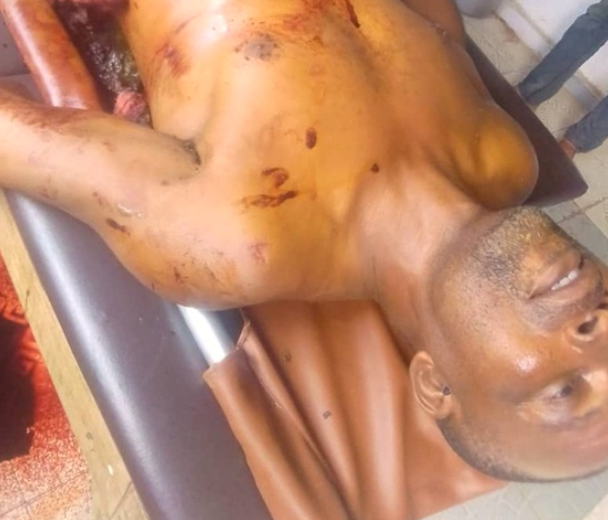 It was gathered that the deceased, who was a fuel marketer at the riverine area of Olotu community via Ugbonla, Igbokoda was murdered in cold blood at his residence by the assailants about 9pm on Saturday.

It was learnt that the gunmen also carted away the sum of two million naira from the deceased.

The deceased’s brother, Mr Malo Olorunwa Francis, a staff of Niger Delta Development Company, NDDC, in Okitipupa, told The Hope Metro that a gang of robbers invaded the residence of the victim on Saturday around 9pm.

“They attacked him, shot him on the stomach and carted away the sum of two million naira.

“My brother was a fuel marketer. We rushed him to a private hospital in Igbokoda where he later died during the operation,” he lamented.

Meanwhile, he said the corpse has been deposited in the morgue at Igbokoda for autopsy.

A police source who confirmed the incident said preliminary investigation is in progress to track down the fleeing suspects, assuring that the perpetrators would be brought to book.

When our correspondent visited the area, residents of the community were in mournful mood, discussing in groups over the incident.

However, every attempt to speak with them proved abortive as they declined comments.