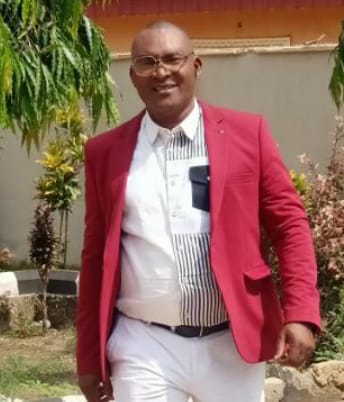 …… POROYE COMMISERATES WITH GOVERNOR AKEREDOLU, ENCOURAGES HIM TO TAKE COMFORT IN KNOWING THAT HIS LATE MOTHER IS NOW RESTING IN THE ARMS OF OUR LORD JESUS CHRIST

Executive Director Alpha 3D Company in Ondo State, Prince Biyi Poroye, has commiserated with the Governor of Ondo State, Arakunrin Oluwarotimi Akeredolu SAN over the departure of his mother.

In a statement made available newsmen, Poroye commiserated with Akeredolu and also encouraged him to take comfort in knowing that his late mother is now resting in the arms of our Lord Jesus Christ.

He said, “Akeredolu’s mother, Lady Grace Akeredolu lived a successful christian life worthy of emulation. She was generally acknowledged for humility, truthfulness, transparency, hardwork and courage. Therefore, we have no course to be sorrowful but rather rejoice for a life well-spent”.

“Your Excellency, I express my earnest commiseration to you and your siblings on the demise of your mother. Although no words can ease the loss you bear but believe that anyone that departs from this earth never truly leaves, for they are still alive in our hearts and minds, through us”.

“I pray for peace for your heart and comfort for your loss. May the God of hope fill you with all joy and peace in believing, so that by the power of the Holy Spirit you may abound in hope.” Romans 15:13.

A former State Chairman of the Peoples Democratic Party in Ondo State, Prince Biyi Poroye, has advised agitators against the pipeline protection contract awarded to a former MEND leader, Government Ekpemupolo, aka Tompolo to understand that the contract ‘is not an empowerment programme’.

Prince Boroye, who hails from Ilaje, an oil producing local government area, urged the agitating Niger Delta leaders to meet with Tompolo because of the scope of the pipeline protection job.

Boroye, who spoke in an interview in Akure, said oil theft would be history in the country if the Niger Delta leaders agree that oil theft must stop.

He said Tompolo needs all the Niger Delta leaders to come together but the leader should also know the contract was not an empowerment programme.

According to him, The people should get understanding that there is difference between empowerment programme and contractual agreement. If government said it wants to empower Niger Delta leaders with pipeline contract, they can get everybody engaged but in the process when there was opportunity for bidding and someday scaled through the bidding, the liberty and ability should be left for him.

“People should allow Tompolo do the job. Asking him to consider people from other state is not a bad thing but not that people should be raise issue because it is not an empowerment programme. It is a contract he bidded for and he got. If leaders in other Niger Delta States feel they want to be part of it they should approach him.

“The contract to Tompolo will stop oil theft but it will depend on strategy and scope given to him. There is nothing hidden about oil theft but a deliberate action by some individuals. Tompolo knows what to do. These vessel and individuals pass through communities.

“The success depends on the government and the capacity of Tompolo to perform. Do they agree with the federal government that oil theft must stop? Once the will force is there and readiness is there, oil theft will be history. The government need to have a monitoring team to check the pipeline contractors,” he said.