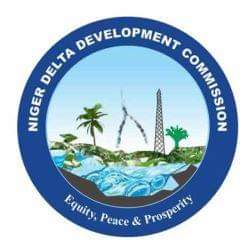 Coalition Group in the Niger Delta area of Ondo State comprises of the Niger Delta Youth Movement, Ex-militants and Youths of different associations, have protested the marginalisation of Ondo state and called on President Mohammadu Buhari and Minister of Niger Delta Affairs, Senator Godswill Akpabio to adhere strictly to the Act that formed Niger Delta Development Commission (NDDC) in constituting the new board of the Commission.

The insisted that the next Managing Director of the Commission must be appointed from Ondo State after the sunshine state had been marginalised for many years.

Representatives of the Coalition groups from Niger Delta areas of Ondo State made this peaceful protest on Friday 4th June, 2021 in Abuja at the Ministry of Niger Delta after a purported meeting conveyed by Senator Godswill Akpabio, was postponed lately on Friday morning after the invitees had arrived Abuja.

Sooner or later after the postponement, all the representatives of the groups from Ondo State converged on the Ministry of Niger Delta affairs to protest and also urged the President to appoint the next Managing Director of the NDDC from Ondo State in accordance with the NDDC Act of 2000.

“It should be noted that the Managing Director of the board of NDDC is the turn of Ondo State while constituting the substantive board”.

“Section 12(1) of the NDDC Act states, there shall be for the Commission, a Managing Director and two Executive Directors who shall be indigenes of oil producing areas starting with the member-state with the highest production quantum of oil and shall rotate amongst member-states in order of production”.

“This clear and unambiguous provision of the NDDC Act means that every member-state shall produce the MD of the commission in a rotational manner, following a sequential order that uses the quantum of oil production starting with the state with the highest production and you will agree with us that Ondo State is the fifth largest producers of oil after Akwa Ibom, Delta, Rivers and Bayelsa State had produced the NDDC Managing Director.

“Therefore, we want to strongly appeal to the Hon. Minister of Niger Delta Affairs, Senator Godswill Akpabio to use his good office to inform President Buhari to adhere strictly to the Act and appoint the next MD of the NDDC from Ondo State, being the fifth highest oil producing state as stipulated in the law.

“Any attempt by the President and Minister of Niger Delta Affairs to act contrary, that will cause serious mayhem in the Niger Delta region of the country.

“We don’t want the mix-up which occurred last time to reoccur when the MD of the Commission was wrongly appointment from Delta State at the detriment of Ondo State. But we thank God that the board was totally disregarded by the Federal Government,”Ondo NDYM Chairman, Akin Omojuwa said.

Comrade Akin Omojuwa expressed pain over the highest degree of abandoned projects in Ondo State especially the mandate area which called for immediate attention of the President and Minister of Niger Delta Affairs.

In the same vein, the spokesman of the ex-militants in Ondo State, Comrade Niyi Majofodun, also expressed his worries over the non-integration of the disarmed militants by Federal and Ondo State governments since 2017 into the Presidential Amnesty Programme as well as Federal Government surveillance in order to maintain peaceful coexistence in the Niger Delta region of Ondo state.

He charged the Minister of Niger Delta Affairs, Godswill Akpabio to use his good office to attend to the yearnings and mitigate the concern of the people from Niger Delta areas of Ondo State.