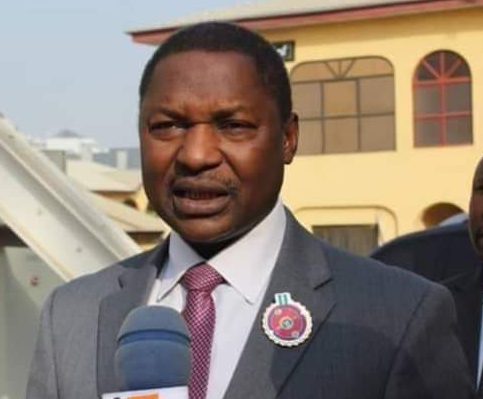 MALAMI A SENIOR ADVOCATE OF NONSENSE MUST RESIGN NOW AS AGF

…….injustice anywhere in the world is a threat to justice everywhere.

It is no news that the vituperation of Malami on the decision of the Southern governors only berates what is largely expected of a SAN or an averagely reasonable entity.

However we are quick to say that his likes no matter how highly placed, or the shortcut through which they achieved the enviable height of a Senior Advocate of Nigerian is gradually being exposed.

One wonders if a “new wig” can even make such statements regarding the position of law in line with section 41 and hitherto section, 43 of the 1999 constitution as amended.

The disgraceful manner, which now shows the identities of those fueling the Herders-Farmer’s crisis is no longer a debate.

The positions of the AGF invariably shows him as unfit to hold the position. Rather portrays him as an ethnic chauvinist who intends to spill more blood and put Nigerians into the path of war.

Agents of doom and Senior Advocate of NONSENSE like Malami in a saner clime would have been questioned by the inner bar and strip of his SANship as he represents nothing but a colossal disgrace to the noble profession.

Yoruba Afenifere Youths, hence appreciate the learned silk and SENIOR ADVOCATE OF NIGERIA, who doubles as the people’s Governor of Ondo State, for once again restoring the confidence in the noble profession. Calling a spade a spade and schooling Malami on the elementary process of law as well as its technicalities.

In the first instance Malami wrongfully has assumed the role of a court of competent jurisdiction to interpret the laws. In his quest to maintain violence and some blood thirsty sect, he further exposed himself as the leader of such sect.

The enemies of Nigeria occupying high positions will continue to be exposed day by day.

Yoruba Youths, hence vehemently oppose the ill conceived position of Malami while asking our governors to be proactive in the implementation of the decision, as a court of competent jurisdiction had laid the matter in question to rest. *”Hon. Justice Adewale Thompson: 17th April, 1969 Judgment on Open Cattle Grazing – Suit no AB/26/66 as provided for a judicial precedence at Abeokuta division of the high court.”* Until today, the court judgement has not been appealed in any competent court of jurisdiction.

One wonders if Malami reads or deliberately claim ignorance. Malami should therefore resign his position if he can no longer uphold the constitution of the Federal Republic of Nigeria he swore to uphold.