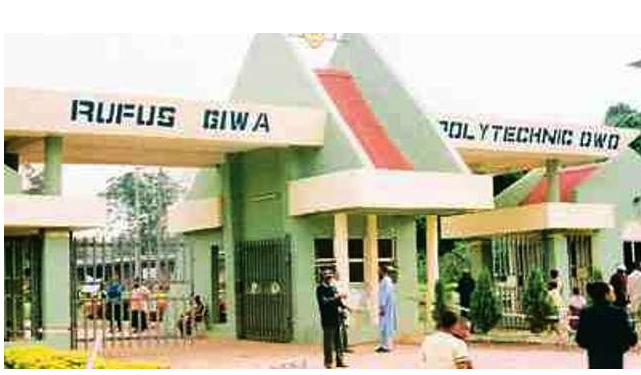 Staff of the Ondo State-owned Rufus Giwa Polytechnic Owo, (RUGIPO) under the umbrella of the Senior Staff Association of Nigeria Polytechnics (SSANIP) have declared  a SIT-DOWN STRIKE effective from from Monday 16th August, 2021, to press home payment of 10 months salary arrears; SUNSHINETRUTH can report.

The workers noted that they can no longer cope with the situation as they would be coming to office without working until further notice.

“This resolution is an imperative in the wake of the Management’s failure to meet our demand which is inextricably catalystic to our welfare.

“A chain of sufferings which we, the workforce found ourselves, as derivates of non payment of salary arrears is so worrisome and irksome and the solutions are not yet in sight.

“We therefore enjoin all members of SSANIP to refrain from all activities incidental to first semester examination which was billed to start on Monday 16th August, 2021 and other official duties.

“It is of note that Executive members of the Union would ensure strict adherence to this directive,” SSANIP leadership said.

Similarly, the NASU members at the polytechnic had declared a three day warning strike over similar issue of 10months unpaid salaries.

Reacting on behalf of the Management, the Public Relations officer, Mr S.O. Ojo pleaded with both SSANIP and NASU members to still show more understanding with the management.

The PRO noted that the Management is not relaxing and working round the clock to ensure that the workers are paid their salaries.

Mr Ojo appealed to the unions to shelve the industrial actions in the interest of the students who will start their examinations on Monday.