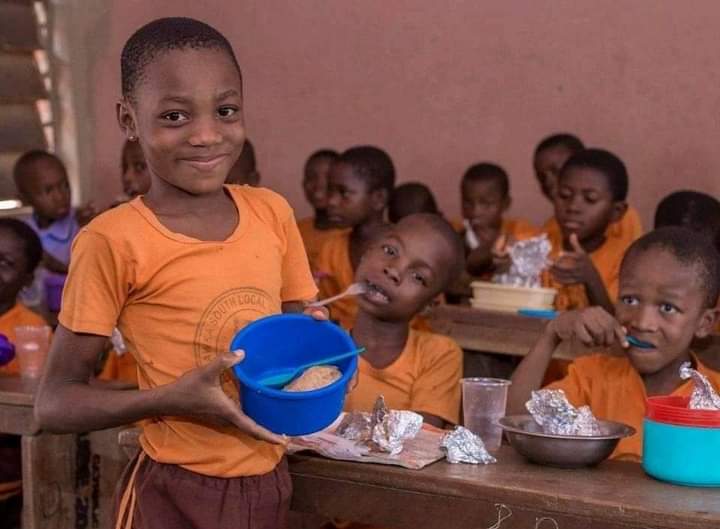 The Federal government has insisted that the National Home Grown School Feeding Programme was introduced among others to address the problem of malnutrition among children in Nigeria.

The Minister, who was represented by the Special Assistant to the President on the National Social Investment Programme (SAPNSIP), Dr Nasiru Mahmud, said that they were in the State to assess the preparedness of the State for the implementation of National Home Grown School Feeding Programme.

This is contained in a Press Statement signed by Halima Oyelade, SA Strategic Communications and a copy made available to newsmen.

She said that one of objectives of the programme was to address the problem of malnutrition among school pupils in Nigeria.

The minister explained that research has shown that malnutrition among Nigerian children was high, adding that through the school feeding programme, the problem is being addressed.

She added that programme boosts local economy because the food is bought from local farmers and vendors, saying that it creates a long value chain.

Umar-Farroq said that the national ongoing school feeding programme is one of the four interventions implemented under the National Social Investment Programme, saying that Kwara is one of the two states in Nigeria that are not enrolled into the programme.

“The Ministry is concerned and came down to Kwara to assess the level of preparedness of the State to commence the programmme and the necessary support the State requires for the programme to take-off.

She added that “we are happy with what we have seen, the state government is ready for the programme.”

“Over 1, 500 public primary schools have been identified and over 96, 000 pupils of primary one to three spread across the 16 local government areas of the State will benefit.

The role of federal government is to provide money for the feeding and make sure the States comply with set guidelines for implementing the programmme.”the Minister said.

In her Response, Hajia Bashirat Abdulrazaq, the State Focal person, National Social Investment Programme in Kwara, assured the Minister’s team of the state government’s readiness for the programme.

She said over 1,947 cooks were on ground to benefit from the programme, adding that there would be revalidation as the programme gooes on.

The Focal Person added that the programme will boost the enrollment of pupils and reduce malnutrition among children in the State.

She noted that some cooks employed were the parents of the school pupils, so as the parents benefit, the children benefit and the poor farmers who are the fathers also benefit.

“So we target the poor vulnerable people to eradicate poverty in Nigeria,” she said.

The State Governor, AbdulRahman AbdulRazaq commended the federal government for the programme.

AbdulRazaq, who was represented by his deputy, Kayode Alabi, said the programme would reduce the number of out of school children.

He added that the programme would help local farmers and create employment opportunities.
The governor assured the team of the State government’s support and cooperation.