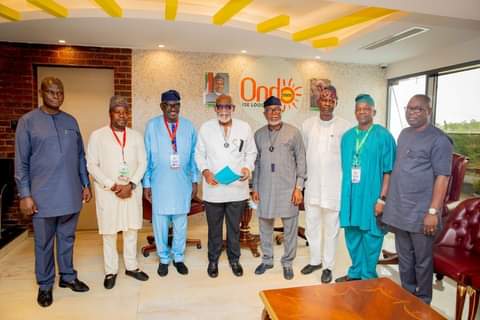 Ondo State Governor, Arakunrin Oluwarotimi Akeredolu, SAN, has asked the newly registered members of the All Progressives Congress (APC) in the State to show commitment to the party by contributing to its financial growth.

The Governor noted that being financial members of the APC will further enhance their commitment to the growth and development of the party in the state.

He spoke in his office on Tuesday while receiving the report of the APC Membership Revalidation and Registration Committee.

While thanking the committee for the good job done, Governor Akeredolu said it is hoped that the new membership registration will further enhance the party’s electoral victory in future elections.

He said: “I am thrilled with the work you have done. The only regret is that you registered people and they didn’t pay. What have they got to put into it? Now that we have been registered, we must asked those who have been registered to show commitment to the party. They will have to pay to get their party cards.

Earlier, the Secretary of the committee in the state, Chief Taiwo Olatunbosun, who appreciated the Governor for the warm reception given the members since they arrived the state, said the Governor’s leadership quality inspired them to record success in the exercise.

“We have recorded success in our work here and it is due to the commitment and the passion of the Governor to the party’s growth. We have coordinated in line with the guidelines of the registration exercise.

“Whatever it is that we have recorded here will point to the teeming members the ownership of the party. Ondo has been cited as one of the best state that we have succeeded in this registration exercise,” He said.

The report was handed over to the Governor by the chairman of the committee, Mr Murphy Lawal.