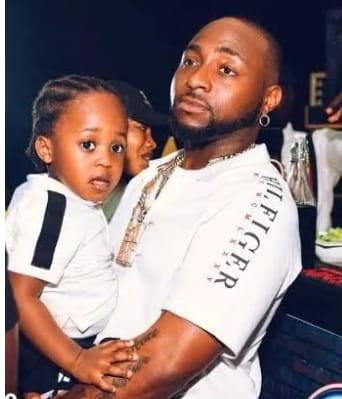 A Medical Director, who is the founder and Chief Executive Officer of Sckyé Hospitals limited, Akure, Dr. Thomas-Wilson Ikubese has sent his condolence to multiple award winning musician, David Adeleke, Popularly known as Davido and his fiancee, Chioma over the death of their little son, describing the incident as painful.

Ikubese, a Former Presidential aspirant and convener of the YesWeFit revolutionary movement, in a statement obtained by SUNSHINETRUTH on Tuesday, enjoined parents who have swimming pools in their homes to fence it off in a manner that little ones will not have access therein, except the door is opened by an adult.

The Medical Doctor, said, “the entire staff and management of Sckyé hospitals ltd commiserate with Davido and Chioma over the demise of Ifeanyi, their 3 years old son, which occurred yesterday in the family swimming pool.”

“We admonish that parents who have swimming pools in their homes should fence it off in a manner that little ones will not have access therein except the door is opened by an adult.”

“To establish that it was in deed an accident, we counsel that law enforcement agencies interrogate those in the house at the time of the unfortunate incident, in the interest of justice for the soul of the young lad.”

“We pray that no parent shall witness this kind of loss again,” Ikubese added.