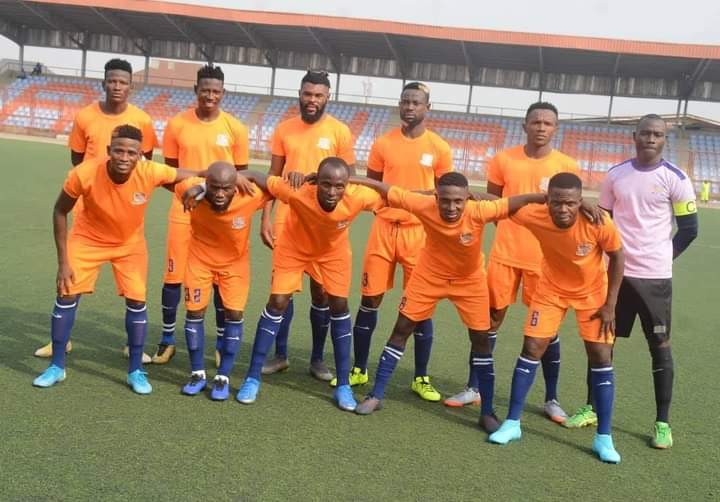 Sunshine Stars’ quest for NPFL survival took another leap on matchday 32, thanks to a 1-0 victory over Kano Pillars at the Ondo State Sports Complex.

Sadeeq Yusuf fired home the only goal of the match in the 59th minute, helping the Owena Whales to overcome their highly rated visitors and also take his tally to 12 this season.

Coach Deji Ayeni kept faith in the side that delivered big time at Heartland, and the boys got off the blocks real quick, cracking Pillars with incisive chances.

Babatunde Bello was denied from a free kick in the 29th minute, just as Joshua Enaholo saved from Ifegwu Ojuwkwu in the 40th minute to take the Sunshine Stars- dominated encounter into the break goalless.

Sunshine Stars resumed the fire-power in the second half, and a number of chances went begging in the opening stages, like it was in the first half.

But there was no denying Sadeeq Yusuf in the 59th minute, as his low drive was spilled into the back of the net by the Sai Masu-Gida’ goalkeeper.

Seven minutes later, Ajani Ibrahim combined well with Yusuf for a chance to double the lead but he went down under a challenge, with the referee unmoved about his penalty appeal.

There was nothing more to pick between the sides as Sunshine Stars continue the march to safety with the fourth consecutive home win and same number of victories in a row across all competitions, conceding just once in the process.

The Akure landlords who are still a place above the dreaded drop zone with 36 points next face Green Beret FC in a round of 16 AITEO Cup clash on Wednesday, before visiting Adamawa United on match day 33.