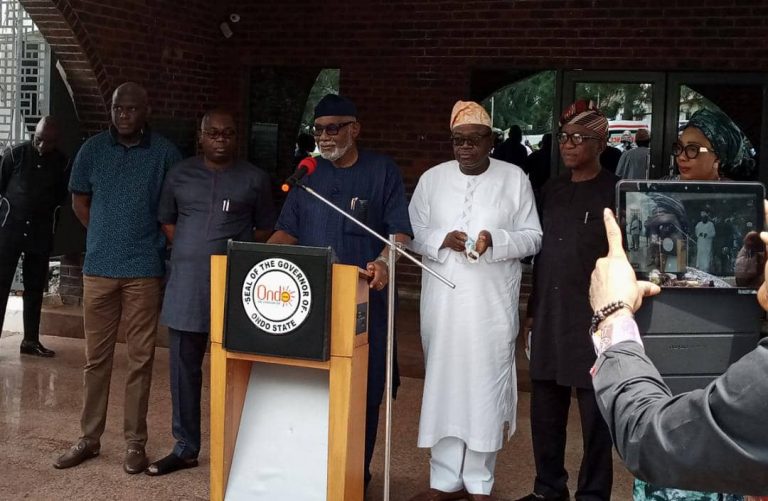 The nation’s apex court, Supreme Court sitting in Abuja today Wednesday, July 28, 2021 dismissed the case of candidate of the PDP in the October 10, 2020 Governorship election in Ondo state, Eyitayo Jegede challenging the reelection of Governor Oluwarotimi Akeredolu of the APC.

Four justices ruled in favour of Akeredolu out of seven.

Akeredolu has described the judgment as an act of God and thanked the judiciary for standing by the truth, advising his opponent to join hands with him to move the state forward.

Jegede who had earlier lost his case at the Election Petition Tribunal and the Appeal Court, is seeking to nullify the nomination of Governor Akeredolu as the candidate of the APC by the Governor of Yobe State, Mai Mala Buni, who is the Acting National Chairman of the party.