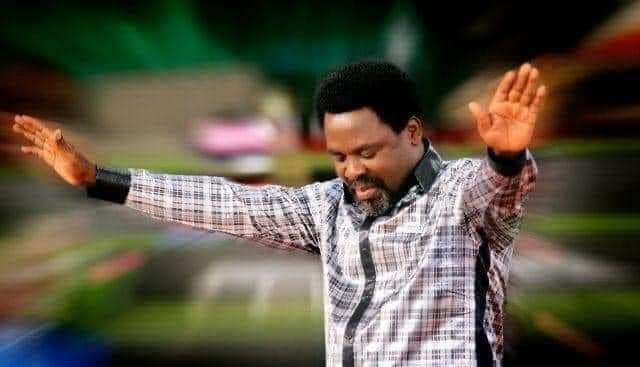 T.B Joshua: Lessons from A Pastor who loved Muslims like Christians

On June 5, Prophet T.B Joshua ended his earthly sojourn at the age of 57. The shock elicited by his passing was immense because of its suddenness. Nobody expected the late prophet would leave to join the saints at the time he did. He was said to be full of life few hours before his time was up.

Last Friday, his body was laid to rest. He is now alone in his grave. That’s the inescapable fate of all mortals. But what advantageous lessons can we scoop from the eventful life and time of the late cleric? He has flown away with his gifts of prophecy, miracle, deliverance and philanthropy. What is now left for people to benefit from is the lessons of his life.

The late Prophet Joshua was spiritually powerful. He healed the sick, delivered people from trouble, cast out demons and staved off death for many. But when the grim reaper visited him, he had no power to shut his door against it. One thing that his death has again reminded us of is the supremacy of God.

Prophet Joshua may have died, but he still lives. He will continue to live in the hearts of the beneficiaries of his generosity, selflessness and love for mankind. While on this side, he fed the hungry, gave water to the thirsty, clothed the naked, built houses for the homeless, paid school fees of indigent students, contributed to the development of several towns and villages.

Deploying his spiritual power, he performed miracles and wonders. He healed the sick, saved many from the painful chains of human wickedness and brought comfort to the distressed.

There are several men of God who are fond of taking advantage of the poverty of the poor and the gullibility of the rich. They turn miracles and prophecies to commodities which they sell to their gullible followers. They live in mansions, fly in private jets, and own schools that children of their church members cannot afford to attend. Prophet Joshua was not like them. Instead of living in a mansion or flying in private jets, he spent his wealth to make positive impacts in the lives of others.

It took Prophet Joshua’s passing to know how much he was loved by both ordinary and prominent people. The event of his death drew tears from the eyes of a great number of people whose sorrow the cleric once wiped away with his big towel of generosity.

During his funeral, markets were shut in the Akoko areas of Ondo state where he hailed from. Also in Ikotu Egbe, Lagos state, where his church is located, traders shut markets in his honour. The people of his town, Arigidi Akoko, wanted his body to be buried in the town. The Zaki of Arigidi, Oba Yisa Abu Olanipekun, urged Governor Oluwarotimi Akeredolu to prevail on the immediate family of the cleric to allow his body to be buried at home. That shows how much his people loved him.

The late cleric’s generosity and love knew no boundary of religion, nationality, tribe and status. He saw humanity as one. He was a Christian but loved Muslims the way he loved Christians. He gave to Muslims the way he did to Christians. Here is the testimony of a driver, Kareem Ganiyu, about the late Prophet: “I am a Muslim. The man is very generous; if others behave the way he did, everything will be okay. We have to love ourselves. In Nigeria, there is no love. That is why things are not in order. Let us love ourselves.”

Listen also to the Chief Imam of Arigidi/Agbaluku Central Mosque, Alhaji Salisu Musa: “T.B Joshua was the one helping me. You know I am not paid for being an Imam. Prophet Joshua bought me the current car I am using despite the religious differences. He believed we are one. He never discriminated when sharing palliatives to the downtrodden. Irrespective of religion, he would help without hesitating. He also gave me a personal house I now stay.”

Governor Akeredolu also testified to Prophet Joshua’s spirit of giving irrespective of the status of who was receiving from him: “I can testify personally to the good things I have benefited from him. Pastor T.B. Joshua, when I won election to be governor of Ondo State, came. He drove to Owo, my hometown. I think something happened to his vehicle in Akure but he still managed to get to Owo.

“I saw him in trousers and a shirt and said, ‘Emmanuel!’ I came over. No other person had ever done that before. He told me I was the governor of the state and had been elected and that he had come to wish me well. He prayed and when he was leaving, he put something in my pocket.

“I won’t tell you how much he put in my pocket but it was a great thing he put in my pocket. He said, ‘As governor, you will need to entertain people. Take this.’ He said, ‘Madam also will entertain people; give this to her.’ I can tell you I delivered it; you can ask her,” Governor Akeredolu recalled while delivering his speech at the funeral service of the late cleric.

The late prophet’s love spread across the globe. There is no continent he did not leave invaluable impacts. His conciliatory roles were said to have brought peace to Southern Sudan and sustained that of Tanzania. It is on record that several Heads of State visited his church for prayers. No wonder his funeral was attended by a countless number of prominent people across the world.

Yet, he was hated by many, especially within the Christendom in Nigeria. They could not fathom his miracles. They ascribed them to occultic power. And for that reason, they distanced themselves from him. They are modern Pharisees.

The Pharisees of the old said Jesus Christ cast out devils by Beelzebub when he healed a man who was blind and dumb. Beelzebub was regarded as the prince of the devils.

As Governor Akeredolu rightly said, Prophet Joshua was the gift of the Sunshine state to the world. His death is a great loss to the whole of humanity.