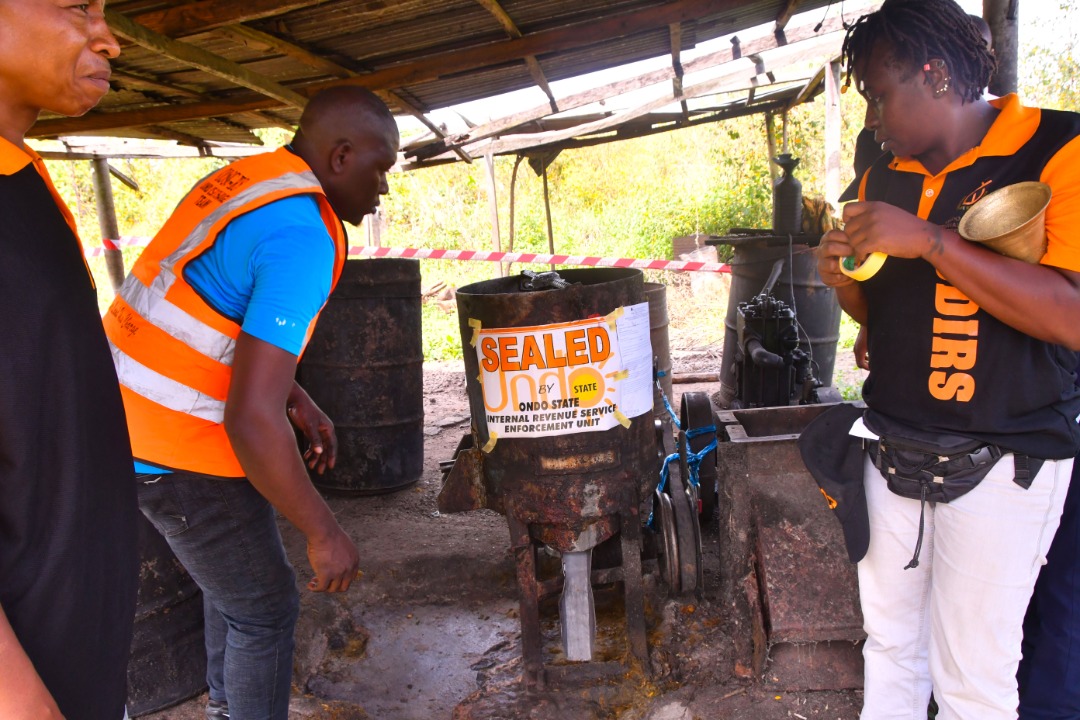 The enforcement was carried out following  the judgment of the Chief Magistrate Grade 1, Hon. Justice O. A Edwin on the 8th of August, 2022.

He added that the team embarked on the enforcement because of their experience with tax defaulters. He added that the business outlets had been served a lot of notices for them to pay their tax liabilities but they have been hiding to avoid payment of land use charge.

Afuwape stressed that Ondo State will not close her eyes against tax defaulters because the money generated from the tax are being used to construct roads and take care of the citizens of the State and failure to pay tax will set the state behind as there will be no progress.

“Before now, we have been to court, we secure judgment against the business owners but because they failed to do the needful and the court ordered us to seal them off”.

“The only procedure to unseal the premises is for the business owners to come around and make the payment to the designated account of the Ondo State government, once that is done, the tax authority will unseal their business outlets”.

Afuwape further added that anyone who unseals the business outlets without the authority of the Ondo State government, such person will be acting against the judgment of court which will attract a penalty of 7 years imprisonment for working against court order.

He urged the business owners to come and pay their tax liabilities else, their business outlets will remain locked till further notice.

He added that the enforcement is a signal to everyone in Ondo State who is occupying a land to come directly to Ondo State Government and make payment to avoid embarrassment.