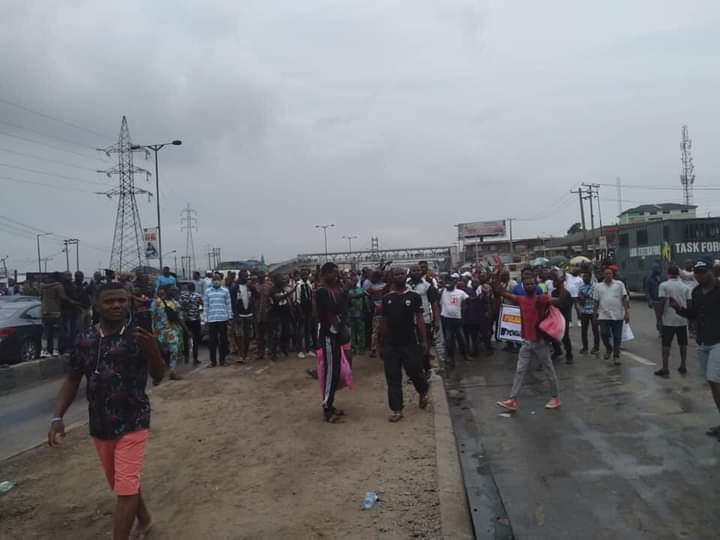 There is a palpable tension as youths of Ipele in Owo Local Government area of Ondo State, at the weekend, cautioned the State Government to allow the court to determine the two pending suits before the selection process of Olupepele of Ipele.

The youths under the auspices of Ipele Youth Progressive Movement, gave the advice in a statement addressed to the Ondo State Governor, Mr Oluwatotimi Akeredolu’ and signed by the duo of Bola Orisadare and Segun Osuntuyi, the President and Secretary of the youth organisation respectively.

The action of the youths, came just as legal practitioner from Rex Advocate, Mr Tajudeen Ahmed, in a letter addressed Akeredolu, on the same obaship tussle of Olupele stool, cautioned the State Government against allowing the selection process to take place while two suits are pending in courts on the matter.

He said, “Since the eligibility of the trio are already subjudice, they cannot legitimately take part in the process of selection of next Olupele until the determination of the case in tandem with plethora of judicial authorities.

The youths dissociated themselves from a news conference addressed by a purported Kingmaker, raising the alarm of impending protest by the youths of the community, if the vacant stool of Olupele, is not filled within possible shortest time.

*We wish to state categorically that Ipele youths are peace loving youths. We are not going to be part of any protest or crisis. We believe in the rule of law and it is on that we urge you to allow the law it’s full course before the selection process of the next Olupele of Ipele is done.

” We passionately beg our governor discountenance the alarm of impending crisis on the matter and to allow the court to determine the two suits before the selection process is done,” the youths stated.