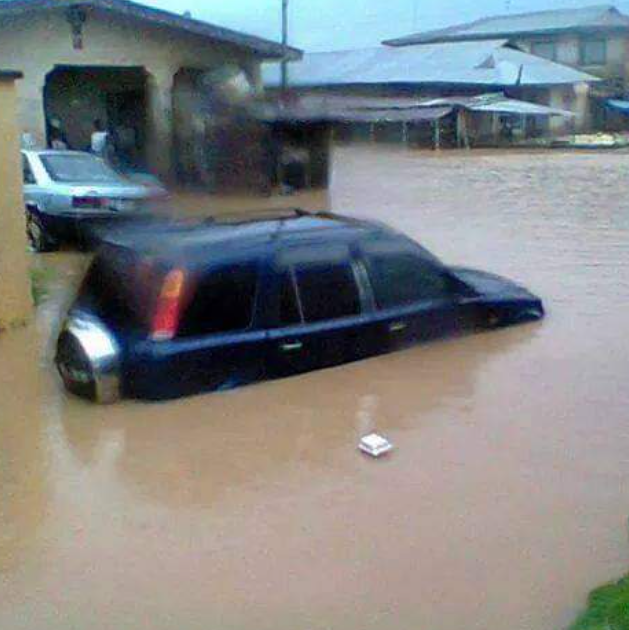 Tragedy struck on Monday night when two commercial motorcyclists popularly known as Okada riders met their untimely death as they were swept away by flood occasioned by torrential downpour in the ancient city of Ondo, Ondo State.

SUNSHINETRUTH gathered that the downpour was said to have started around 5:30pm till 8pm.

One person was however lucky as he  was rescued from being swept away by the flood.

Lifeless bodies of the two victims were found at Oka area of the town by a collapsed bridge on Tuesday.

Property worth millions of naira were also destroyed by the flood.

This development angered residents of the community who trooped out to protest.

One of the aggrieved residents told our reporter that they blocked the road to demonstrate their anger over the unfortunate incident.

They expressed their displeasure over the repeated flooding of the area whenever it rains.

One of the protesters, who spoke with our correspondent under the condition of anonymity, said that one of the victims identified as Aderemi, was the chairman of ACOMORAN in Ayeyemi area, Ondo and another victim yet-to-be-identified were swept away by the flood which also wrecked havoc in the area on Monday night.

He said residents of the town have been thrown into mourning following the death of the two bike men and the havoc caused by the flood.