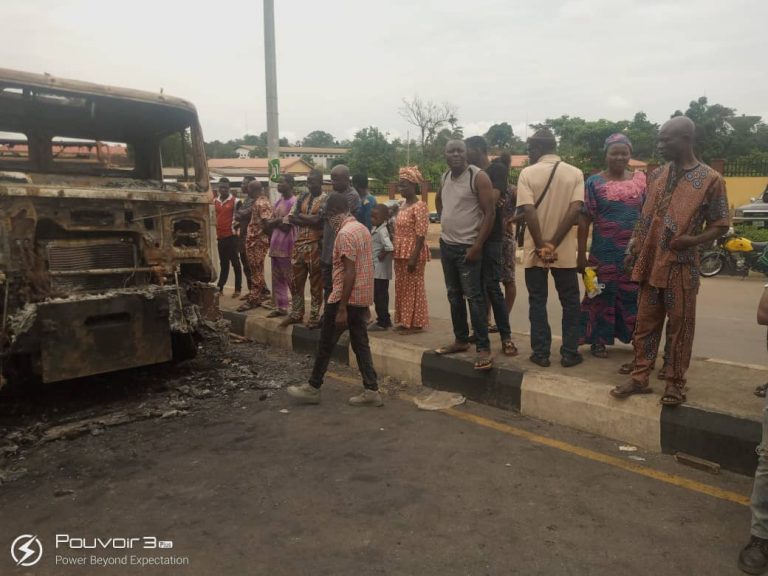 Bloody clash was averted this morning in Akure when tipper drivers today blocked the popular High court/Oba Osupa road in Akure, to beat up okada riders and to protest the setting ablaze of one of their trucks by some commercial motorcycle operators on Friday evening.

The tipper drivers have taken laws into their hands by attacking any motorcyclist they see plying the High court Road.

SUNSHINETRUTH gathered that the drivers were angered by the manner through which the truck was burnt beyond recognition on Friday.

It was gathered that the tipper broke down yesterday evening.

An Okada rider was said to have rammed into the stationary truck which led to the death of the rider and his passenger.

The timely intervention of the security operatives and the Ondo state government’s officials prevented the two groups from engaging in bloody clash.

In the meantime, the state government has confirmed the death of the two persons and stopped the riot occasioned by the protest.

Leading officials of the government to the scene, the Senior Special Assistant to Governor Rotimi Akeredolu on Security Matters, Alhaji Jimoh Dojumo said those who burnt the truck would be exposed, adding that investigation would be launched into the incident.