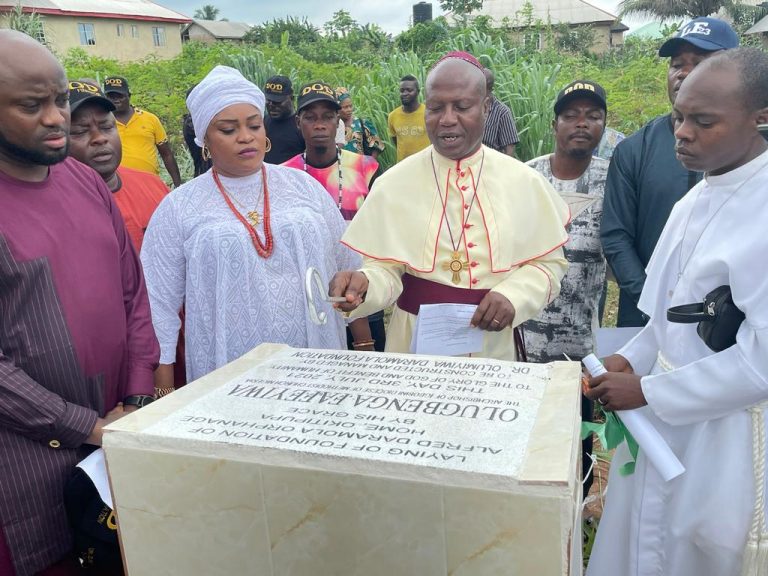 …..donates Boreholes to some communities, to build Orphanage.

It was a day of joy for the less privileged as a Non governmental organization (NGO), Dr. Olumuyiwa Daramola Foundation put smile in the faces of indigent persons in Irele and Okitipupa local government areas of Ondo State, with several empowerment packages and over #50million cash

Carrying out the gesture the Convener and Executive Director, Dr. Olumuyiwa Daramola, said he did this in order to make his people become economically viable and self-reliant.

Also at the event, Dr. Daramola, a philanthropist, inaugurated and donated boreholes to Ode Aye, Irele, Ikoya and Erinje communities to tackle lack of potable water in the areas.

During the programme, which had traditional rulers and Council Chairmen from Okitipupa and Irele Local Government Areas in attendance, Dr. Daramola equally distributed different empowerment items; such as grinding machines,  generating sets and clothes, to over 200 widows.

Some of the beneficiaries of the initiative also received cash of over N5 million to start small scale businesses.

The Foundation, as part of the empowerment programme, also registered over 40 students and paid for their NECO (National Examination Council) registrations, while different school materials were also donated to six schools across Irele/Okitipupa Federal Constituency.

The healthcare sector of the programme saw drugs for deworming of pupils across six primary schools in the two Local Government Areas.

Dr. Daramola donated artificial leg to 14-year old Ebenezer Samson and gave him a scholarship from secondary to university level.

The Abodi of Ikaleland, Oba George Babatunde Faduyile commended the philanthropist for launching the empowerment and other life touching programmes for the benefit of the people.

His Grace Olugbenga Fafeyiwa, the Archbishop of Igbobini Diocese of Methodist Church Nigeria laid the foundation of Alfred Daramola Orphanage Home in Okitipupa, which will serve the people of the communities.

Also the Director General of the foundation, Hon Afolabi Iwalewa said that the  decision to empower the people was borne out of the desire to  contribute to the development of the land and assured that the gesture would be a continuous one .