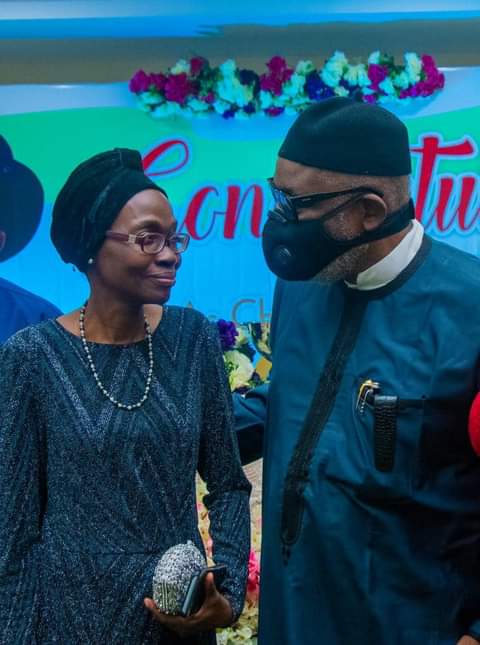 …… As State Govt Hosts Banquet in Her Honour

The Governor saluted the CJ for using her position to uplift the rule of law and justice in the state.

Governor Akeredolu spoke on Thursday at a banquet in honour of the Retiring Chief Judge held at the ODIRS House, Alagbaka, Akure.

While highlighting the contributions of the outgoing Chief Judge to the achievements of his administration, the Governor charged other judges in the State Judiciary to keep the flag flying by demonstrating competence and professionalism in the discharge of their duties.

The event was well attended by Justices of the Supreme Court, Appeal Court, Federal High Court and State High Courts from some states of the country.

Messages of better wishes for the Retiring Chief Judge and appreciation for the honour done her by Governor Akeredolu came in torrents from the guests.

Jokes by Governor Akeredolu and his chit-chats with the CJ made the night largely exciting.

The highly elated Chief Judge, who was full of praises to God for making her 19 Years on the bench resounding and rewarding, equally appreciated the Ondo State Governor for the honour done her.