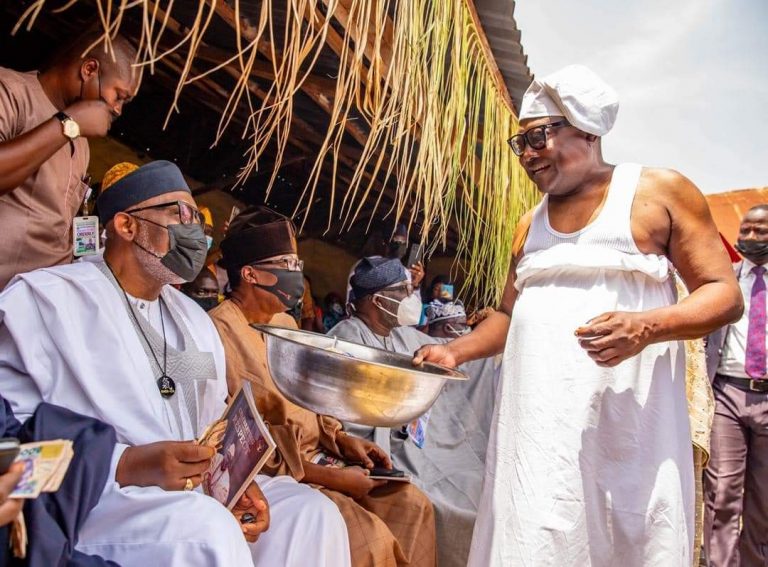 What Deji of Akure told Akeredolu about his second term revealed

The Deji Of Akure, Oba Aladelusi Aladetoyinbo, on Friday prayed for the Ondo State Governor, Arakunrin Oluwarotimi Akeredolu, SAN, that he will complete his four years of second term in office in peace.

The Deji prayed at the ancestral ground called ‘Ojukoto’ of the Deji’s palace in Akure, the state capital during the installation of Senior High Chief (Arch) Olufemi Bello as the new Odopetu of Akure kingdom.

He further prayed that the development witnessed under the administration of Governor Akeredolu in his first term will be consolidated in the second term.

While praying that the state will not witness crisis during Governor Akeredolu’s reign as Governor, Oba Aladelusi prayed that peace will continue to pervade the sunshine state. 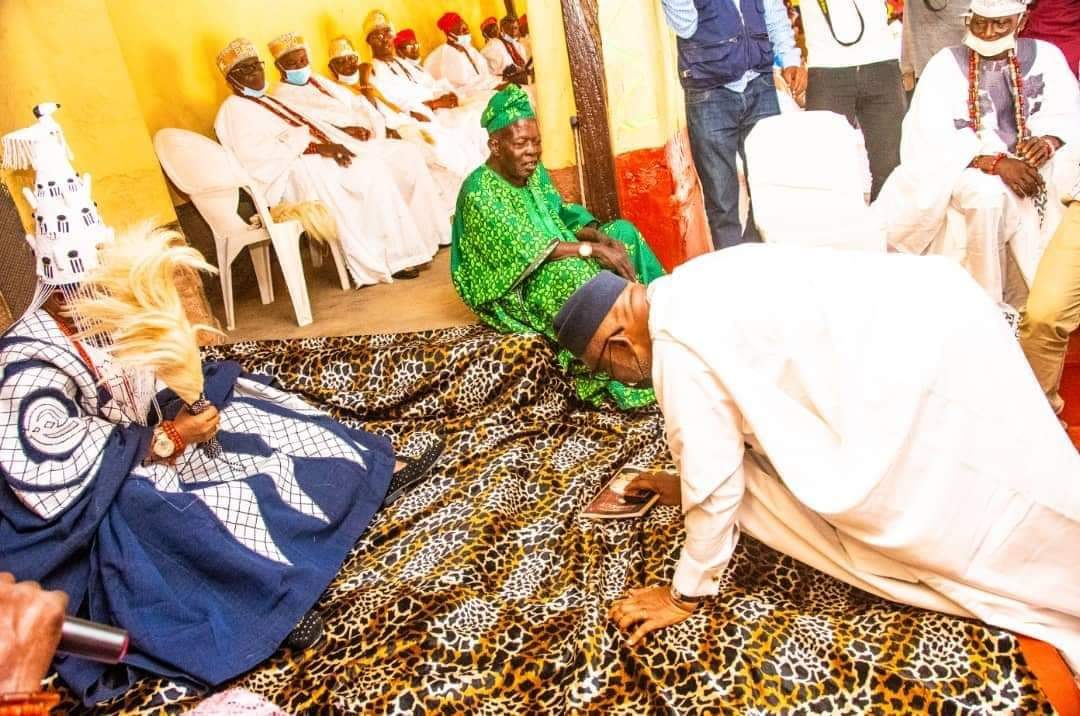 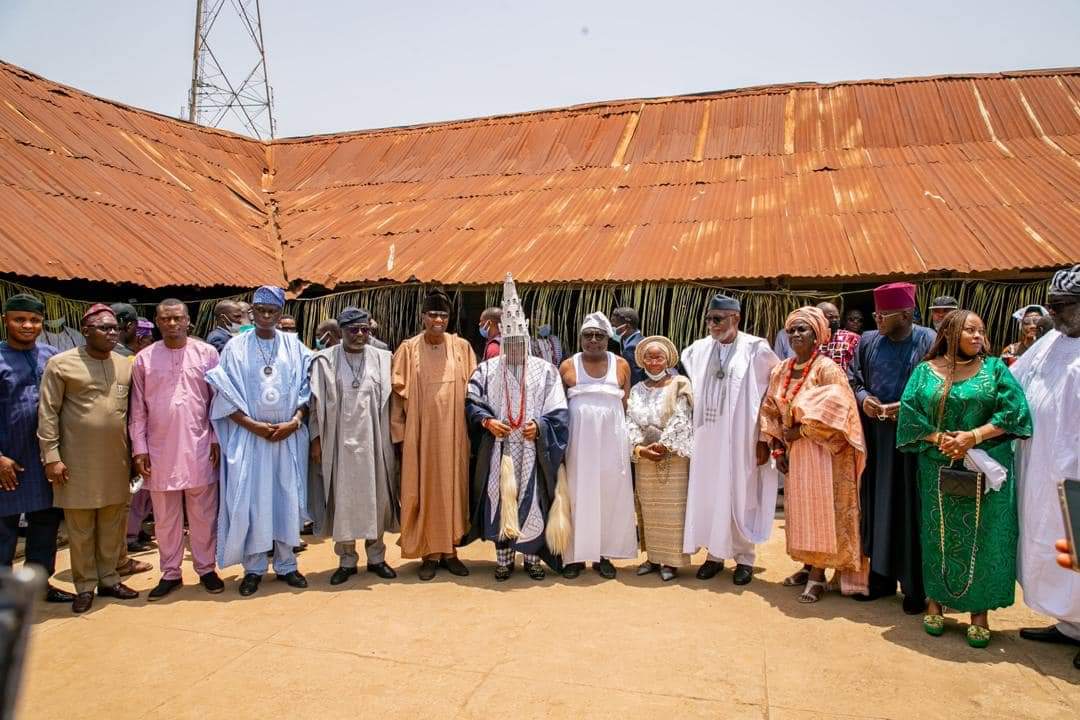 Governor Akeredolu who expressed joy over the installation of Arch. Bello as the new Odopetu, assured that Akure kingdom will benefit immensely from him.

He spoke at the ancient ‘Ojukoto’ yard in the Palace of the Deji of Akure on Friday during the installation of the Arch. Bello as the new Odopetu of Akure kingdom.

While noting that the Odopetu is committed to the service of his people,the Governor described him as a man who has distinguished himself in his chosen career.

“The Choice of Senior High Chief Arc. Olufemi Bello as the new Odopetu of Akure Kingdom must evoke instant feelings of approbation, celebration and expectation.

“For a personality urbanized but rooted in the ways of his people, urbane, through nurture, to be receptive of new ways of actualizing the purpose for living, educated, vastly, but trained as a builder, successful Architect, arguably among the best in the country, is a blessing of monumental proportion, not only to his immediate people, but also, and more importantly, to Ondo State.

Governor Akeredolu disclosed that the new Odopetu has been unrelenting on suggesting ways for remarkable improvement in the state, particularly, on his administration’s poise to address the huge infrastructural deficit in the state.

“He made significant input in redesigning the interior of the Presidential Lodge of the Government House. He has redesigned the new Governor’s Lodge which construction will commence in a couple of months.

“I have seen the architectural masterpiece by my friend. It will certainly be a beauty to behold. Let’s look forward to the building in few years down. He has also given useful suggestions to major construction works currently on-going in the state.”Governor Akeredolu said.