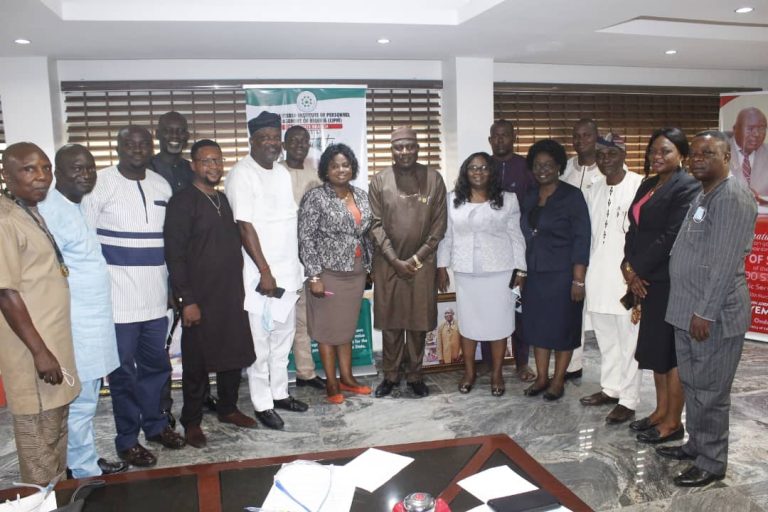 What I want from Ondo workers —HoS Adeyemo

…….AS ILE-OLUJI INDIGENES IN SERVICE PAY HIM VISIT.

Ondo State Head of Service, Pastor Adeniran Adeyemo has called on workers in the state to cooperate with him in moving the public service.

He made the call in his Akure office, while playing host to Ile-Oluji sons and daughters in the public service.

While thanking the group for identifying with him, Pastor Adeyemo reaffirmed his commitment to giving his best for the uplifting the state through an efficient civil service.

The Head of Service stressed that the group stands to benefit a lot by coming together as one big family, urging members of the delegation to be good ambassadors of Ile-Oluji at their various beats, saying they must be diligent and discreet at all times.

He therefore appreciated the Governor, Oluwarotimi Akeredolu,SAN for appointing him to lead the entire work force in the state.

Speaking on behalf of the Association of Ile-Oluji in Public Service, Mr. Akinsanmi Akinfolarin, congratulated the Head of Service on his appointment, saying it has opened a new chapter for Ile-Oluji in the service.

His words: “We have not had it so good like this in the years past. We thank God for using the state Governor, Oluwarotimi Akeredolu, SAN, to appoint sons and daughters of Ile-Oluji to enviable and exalted positions in the Public Service of the state.

He noted that the gesture necessitated Ile-Oluji indigenes in Public Service to come together as one big family, to mobilise members for the development of the town.

Mr Akinfolrin said the body would help in identifying and celebrating one another, avoid suffering in isolation, by seeking and rendering help, and as well ease communication and information dissemination and make Ile-Oluji conducive for members after retirement.

Also speaking, Chief Olufemi Akinsulure and Mrs. Funmilade Akinrelere praised the Head of Service , whose appointment they said did not come to them as a surprise as he has proved himself over the years.

Members prayed God to imbue the number one bureaucrat in the state with the required knowledge, wisdom, understanding and God’s guidance to make him succeed in the tasks before him.