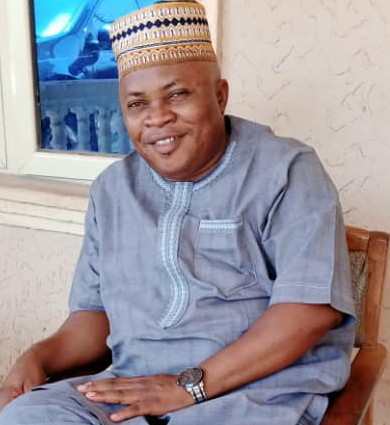 A chieftain of the ruling All Progressives Congress (APC) in Ondo state, Alhaji Rasheed Badmus, has urged the opposition Peoples Democratic party (PDP) and its Governorship candidate in the October 10, governorship election, Mr. Eyitayo Jegede, SAN, to accept the verdict of the Election Petition Tribunal in good faith.

He noted that it is a thing of joy the Tribunal verdict has further reaffirmed the overwhelming victory of Governor Oluwarotimi Akeredolu in the October 10, 2020 governorship election in the state.

Badmus who particularly appreciated God for the judgement, also thanked the people of the state for always standing by the APC, describing the verdict as another good thing for the party.

According to him, the victory would further ensure more development across the state, just as he encouraged the PDP and its candidate to be willing and ready to work with Governor Oluwarotimi Akeredolu to build a prosperous Ondo state for the benefit of all.

Badmus who served as Commissioner for Physical Planning and Urban Development during the first term of Governor Oluwarotimi Akeredolu, observed that Akeredolu led administration has brought dividends of good governance to the people of the state.

“Governor Akeredolu has done a lot to ensure good governance in all areas and we must support him to do more”, he added.

He also used the occasion to commend the Governor for the ongoing project from Akunnu to Ikaramu, and Ikaramu to Oke-Agbe Akoko, noting that the Governor is redefining governance in the state due to his total commitment to people oriented projects and programmes across the state.

Badmus said in every contest there is always a winner, adding that losing an election today doesn’t mean one cannot win in future.

“Arakunrin Akeredolu contested election before and he lost. But by the special grace of God today he is the Governor of Ondo state and he will successfully complete his second tenure. So, let us all join hands together with him to develop our state”, he added.

Badmus equally wondered why internal affairs of the APC would be the ultimate concern of the PDP, saying such an action should be discouraged.