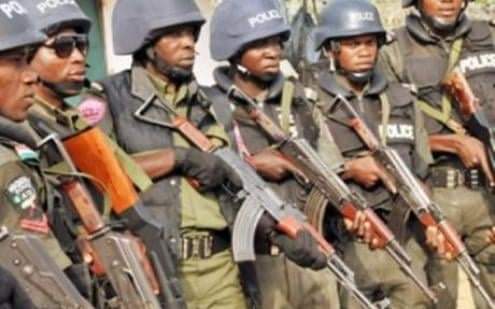 Contrary to the speculations that some policemen in the zone are planning to embark on strike action, the Assistant Inspector-General of Police in charge of Zone 17 comprising Ekiti and Ondo States, AIG Ene Okon, on thursday said there are no plans by policemen attached to the Zone to embark on such industrial action.

Mr Okon disclosed this in Akure, the Ondo state capital, when the Inspector General of Police, Usman Alkali Baba, visited the State Police Command as part of efforts to stop the planned strike action.

The AIG stated that policemen under his supervision would not abstain from work.

The AIG said, “Strike cannot happen in Zone 17. Policemen under Zone 17 cannot abstain from work. It is not contemplated here. There is no planned strike action here.”

The IGP who said the salary increase for police personnel was being processed, noted that efforts were on to exit the police from the current Contributory Pension Scheme.

According to him, “I want to assure that there shall be better salary soon. I want to caution that you don’t allow disgruntled elements to lure you into anything criminal.

“Do not get involved in things that will be inimical to your work, your profession. Many of those persons are faceless. They are looking for who to use as a scapegoat so that they will have the opportunity to laugh at you when you are in trouble.

“Do not be found guilty of committing mutiny. Do your jobs diligently. Eschew all unethical things. Do your jobs with diligence. Let there be heavy respect for the rights of the citizens,” the IGP said.

On his part, the Ondo state Police Commissioner, Mr Oyeyemi Oyediran, assured the IGP that policemen under his command rejected the strike action.